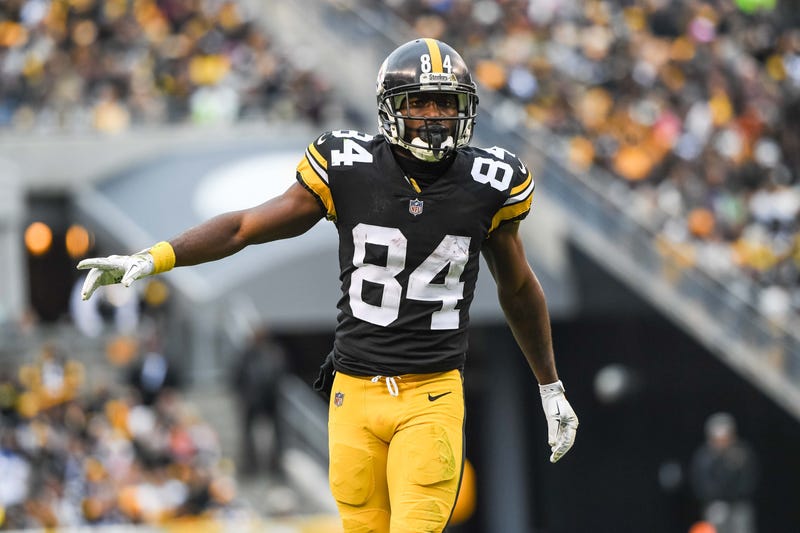 ESPN analyst and ex-Patriots offensive lineman Damien Woody is coming to his colleague Ryan Clark’s defense after Steelers wideout Antonio Brown called the ex-safety an “Uncle Tom” for calling out his erratic behavior.

On TV this week, Clark said Steelers head coach Mike Tomlin should “put his foot down” and consider trading Brown, who reportedly exploded at practice last week and then went missed all team activities prior to the Steelers’ must-win game against the Bengals Sunday. Tomlin inactivated Brown prior to kick-off, even though he showed up to the stadium.

Woody says Clark was just doing his job as an analyst. “To me, it speaks to a bigger picture that folks out here – in particular black folks out here – who have a problem with black analysts that are on network television telling it like it is, or calling it like it is,” Woody said. “We lose credibility if we aren’t able to be critical of people who deserve criticism if we don’t paint the picture, pull back the curtains, and let the fans know how it’s really going on out here.”

It’s low for Brown to respond to Clark’s criticism with ad hominem racial barbs. It speaks poorly of the wideout’s maturity.

Clark, who played with Brown from 2010-2014, should be commended for speaking critically about a former teammate. As Brown’s explosion illustrates, it can be difficult to do.