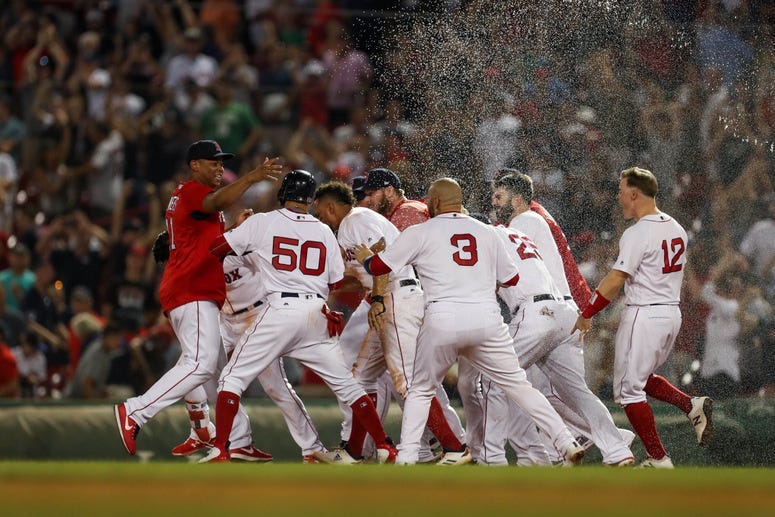 This is the greatest day of Gerry Callahan’s life –– well, besides Donald J. Trump’s inauguration. ESPN announced Monday it is moving “Sunday Night Baseball” up one hour this season, meaning games will start shortly after 7 p.m.

That means Callahan will likely have to wait until October for pitching changes and foul balls to keep him up watching America’s Pastime until the wee hours of the morning.

The Red Sox have already been tapped for five Sunday night contests this season, including a rematch against the Dodgers July 14, so Boston fans should feel the impact of the viewer-friendly time change.

The Red Sox are also slated to take on the Yankees four times. Only 10 games have been announced so far.

2019 marks the 30th season of @ESPN Sunday Night Baseball. Here are all the games selected so far. The slate Includes a World Series rematch between the @RedSox and @Dodgers at Fenway Park. pic.twitter.com/1cKJRWFCVk

The decision to move up the Sunday night start time shows MLB and ESPN were paying attention to the postseason trends. Playoff games routinely ended past midnight, and the ratings suffered. For example, ratings for the Red Sox’ epic Game 4 win over the Astros peaked between 10 p.m. and 10:15 p.m., more than three hours before it actually ended.

This year’s World Series was the fourth-lowest rated ever, despite the fact it involved the storied Red Sox and Dodgers.

Moving up “Sunday Night Baseball” isn’t likely to solve the franchise’s ratings woes. But it undeniably makes the product accessible to a wider range of viewers. And due to the length of national games, most affairs will probably be wrapping up in primetime, when the audience is conceivably at its largest.

While this is just one minor tweak, it’s a step in the right direction for baseball. Now what can we do about removing Jess Mendoza from the Sunday night booth?