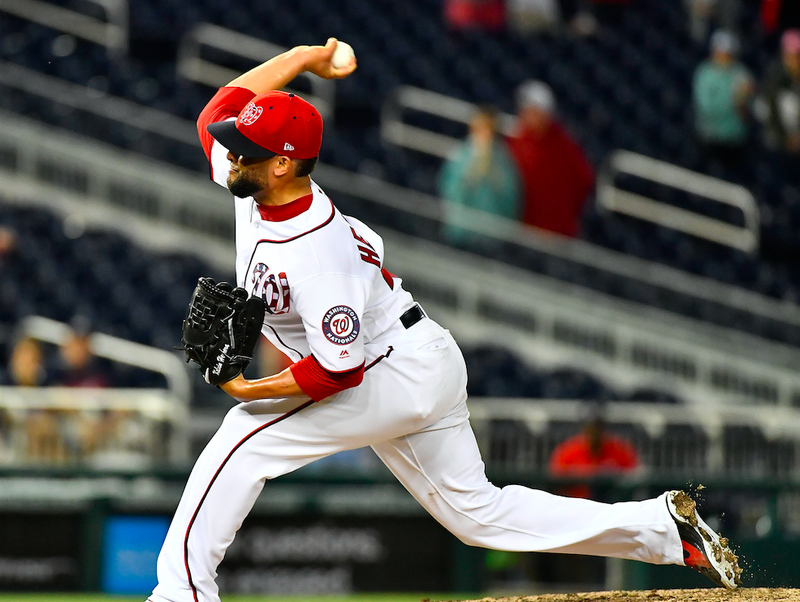 Another potential Red Sox bullpen target is off the board. The White Sox signed reliever Kelvin Herrera Tuesday to a two-year deal worth $18 million, according to ESPN’s Jeff Passan. Closer Craig Kimbrel remains on the market.

The Red Sox were tied to Herrera last season and had a deal for him at the deadline that fell through, per WEEI’s Rob Bradford. The Royals wound up dealing Herrera to the Nationals.

The right-hander hurler did not last long in Washington, spending the last month of the season on the disabled list with a foot injury. Herrera, 29, notched back-to-back All-Star seasons in Kansas City while the Royals were in postseason contention from 2014-15.

Last year, Herrera posted a 2.44 ERA in 48 appearances with both Washington and Kansas City.

As the reliever market thins out, it looks increasingly likely the Red Sox and Kimbrel could reunite, despite the closer turning down the team’s qualifying offer earlier this offseason. Last week, David Robertson inked a two-year deal with the Phillies and the Yankees re-signed Zach Britton for three seasons.