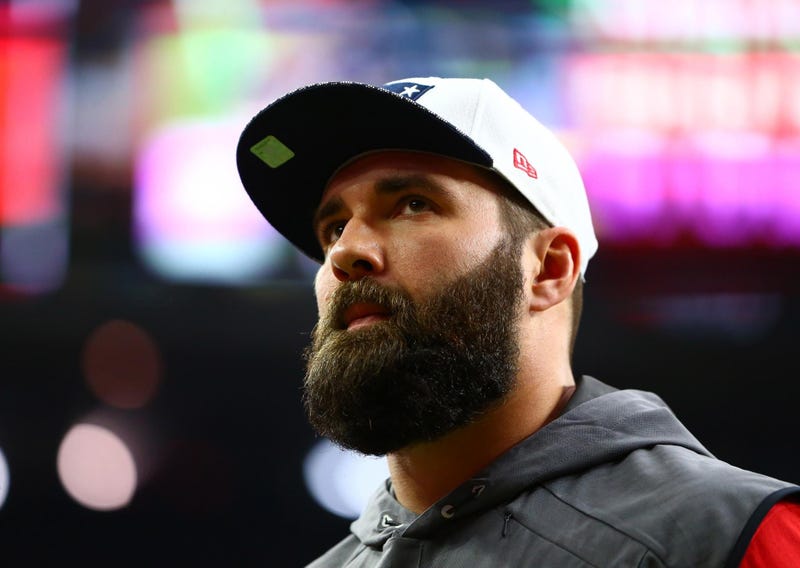 The battle between Rob Gronkowski and Travis Kelce for tight end supremacy has emerged as a subplot for Sunday night’s showdown between the Patriots and Chiefs. Two weeks ago, “Monday Night Football” analyst Booger McFarland proclaimed Kelce was the best tight end in the game, which came on the heels of Bill Belichick confidante Mike Lombardi saying on a podcast he thinks Gronkowski has lost quickness this season.

“I mean, I’ve played against Kelce, and I’ve thrown him around like he’s a little doll,” Ninkovich said. “The guy doesn’t want to block, so when you’re a tight end and you don’t want to block, you’re not really a tight end. I haven’t played in a year and a half. I could probably beat him right now easily in a run block game.”

Ouch. Ninkovich’s verbal onslaught continued later in the interview, taking a shot at Kelce’s showmanship. “He just wants to catch the ball and, you know, do his little dance and, you know, put the stripes in the side of his head with the haircuts he gets, so I just think that he’s a glorified receiver,” he said.

While Kelce will likely finish with better counting numbers this season, that’s just one component of playing tight end. Gronk seemingly has him beat in every other arena, and according to Ninkovich, it isn’t even close.