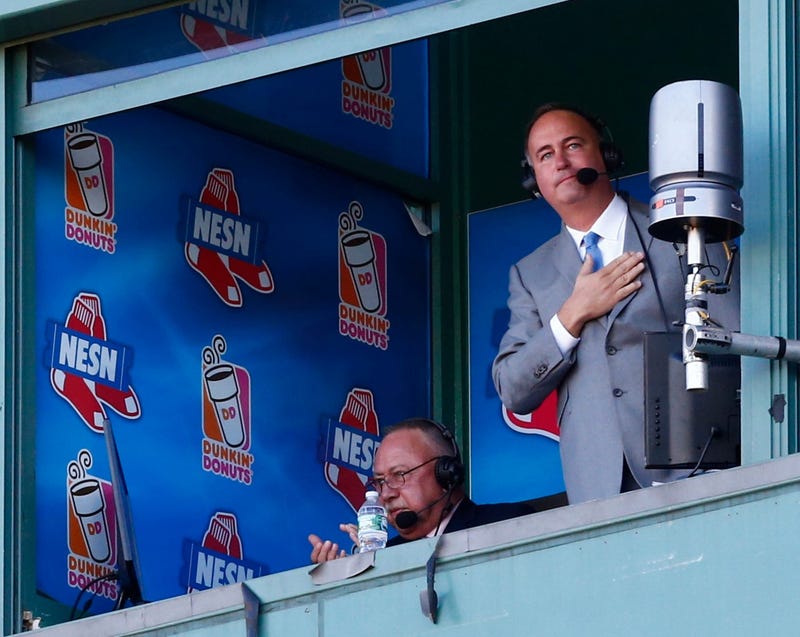 There will be a NESN reunion in the TBS broadcast booth this postseason. But unfortunately, the trio of Don Orsillo, Dennis Eckersley and Hazel Mae will call the American League Divisional Series that doesn’t involve the Red Sox.

TBS announced Monday Orsillo will once again call playoff action, which he’s done every year since 2007. Eckersley frequently contributes to TBS’ coverage as well. They’ll be on the scene for Indians-Astros, while Brian Anderson and Ron Darling broadcast the Red Sox’ series against either the Yankees or Athletics.

Orsillo was back at Fenway Park over the weekend, calling Boston’s final two games against the Yankees. It was the first time he’s returned to Fenway since he was ousted from the NESN booth three years ago in favor of Dave O’Brien.

Great weekend in Boston. Thanks to @MLBONFOX Saturday and #MLBonTBS Sunday. Great seeing and hearing from so many friends and family. #Dontourage. pic.twitter.com/IfSXCzDcuM

Sensibly, Orsillo would’ve been permitted to stay the week here, and get ready to call the Red Sox’ series Friday. It would be a hit for Boston viewers, and more importantly, be the better broadcast. Why not have announcers call the teams they know best?