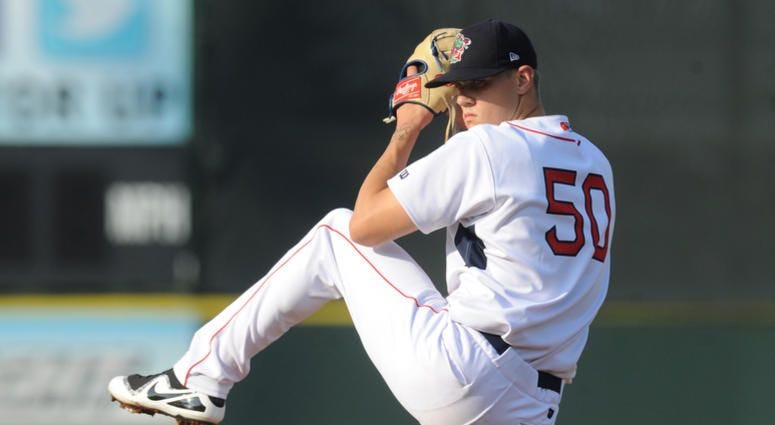 As he continues his transition to a bullpen role, Tanner Houck put up another scoreless outing for Triple-A Pawtucket on Thursday, walking two batters, but exiting after two-thirds of an inning without surrendering a run.

Thursday was representative of Houck's time in Pawtucket, as the right-hander hasn't allowed a run in four appearances, but has walked five and only struck out two in 4.2 innings of work. However, he's also only allowed a single hit over that span.

Making his first appearance as a professional, Noah Song threw a scoreless inning for Class A Lowell on Thursday, striking out two and walking one without giving up a hit.

Song was a fourth-round pick in the 2019 MLB Draft out of Navy.