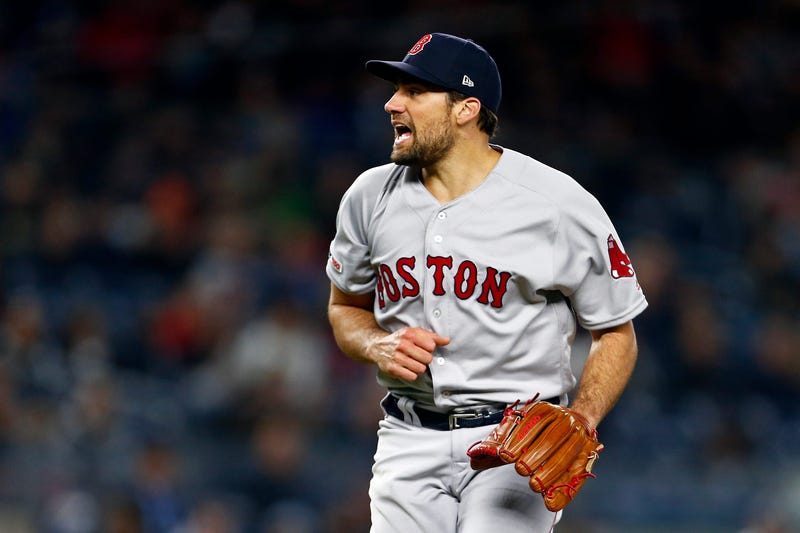 As the Red Sox bullpen continues to struggle through the middle part of the season, with back-to-back relief disasters against the Yankees in London over the weekend, Boston appears to be looking internally for help with NESN’s Tom Caron reporting that Nathan Eovaldi could be used as the closer upon his return from the injured list.

According to sources, the Red Sox plan on using Nathan Eovaldi as their closer when he returns from the Injured List.  https://t.co/cxrS0ZErV0

Eovaldi, who underwent surgery in April to remove loose bodies from his elbow, was expected to be the fifth starter when he returned after inking a four-year, $68 million contract this winter, but could move to the bullpen to try to help the Red Sox’ most pressing need.

The hard-throwing righty has only made eight regular season relief appearances in eight seasons, but drew praise for his performances out of the bullpen during the team’s run to the 2018 World Series. He threw a scoreless inning and a third in Game 5 against the Astros in the ALCS and a scoreless inning in both Game 1 and 2 of the World Series against the Dodgers. Most notably, he took the ball in the 12th inning of Game 3 and threw six lights-out innings, giving up just one earned run before Boston fell in the 18th.

With a history of elbow troubles, it’s unclear how much of this decision is about bolstering the bullpen versus trying to manage Eovaldi’s workload. The veteran isn’t a reliever by trade, and Boston needs help in the back end of the rotation as well, so the news came as a surprise to most on Sunday.

Chris Sale, David Price, Rick Porcello and Eduardo Rodriguez should all be mainstays in the rotation, leaving Alex Cora to fill the fifth spot with either Brian Johnson — currently on the IL with a non-baseball related medical matter — or Hector Velazquez, who’s shuttled back and forth between the major league roster and the IL with back trouble.

Meanwhile, Eovaldi will try to be the anchor of a group that’s largely tried to bullpen-by-committee, with Matt Barnes, Heath Hembree, Brandon Workman and Ryan Brasier handling a lot of the high-leverage innings.