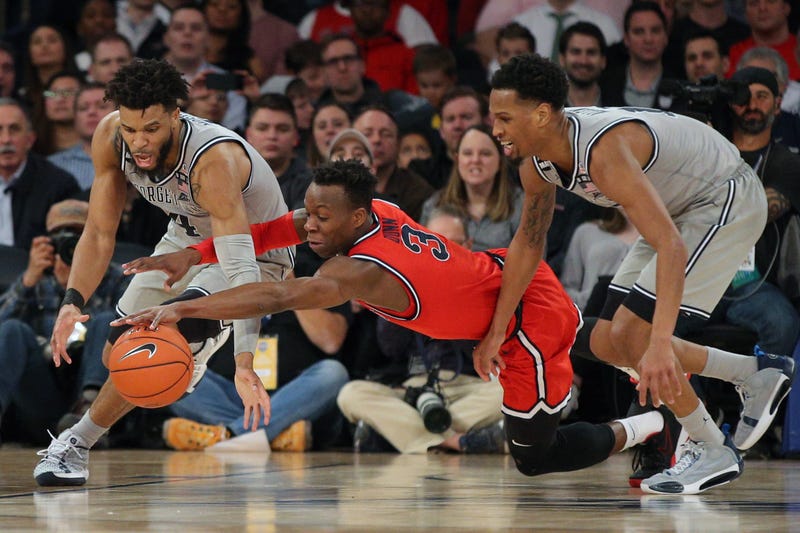 And why shouldn’t it be?  What has transpired across the country over the past 48 hours – and of course, what began around the globe weeks ago – has hit college and professional sports in America like they’ve never been hit before.

It’s not only surreal, it’s also very much unprecedented.

Following the trail left behind by the NBA’s decision Wednesday to suspend play due to the coronavirus pandemic, the Big East Conference (along with other major college conferences) also made the choice Thursday to cancel tournament play for this week, effectively ending the 2019-2020 college basketball season.

Not postponed, as several high profile college coaches were advocating before the plug was pulled.

Cancelled.  And surprising, since the decision came with little-to-no advance consultation with the affected parties inside college athletics.

“This decision is based on the evolving COVID-19 public health threat, our ability to ensure the events do not contribute to spread of the pandemic, and the impracticality of hosting such events at any time during this academic year given ongoing decisions by other entities,” Emmert said in a statement released by the NCAA.

Those decisions have been numerous, ranging from schools and conferences cancelling winter and spring sports outright, to the pros deciding to put their seasons on “hold” for the time being.

While the pros certainly hope to reboot once health issues are sorted through and it is deemed safe enough for large gatherings of fans to attend games once again, the Big East opened Quarterfinal Thursday prepared to play, with 9th seeded St. John’s tipping off against top-seed Creighton just after 12 noon at Madison Square Garden.

They got through the first half, which ended with St. John’s holding a 37-35 lead over the regular season co-champ Blue Jays.  Madness might have been in-the-making.  Instead, that madness came from other places around the country, as major conferences (SEC, ACC, Big 10, Big 12, Pac-12, AAC) all made the decision to pull the plug while the Big East was still ballin’.

“We all reacted (Wednesday), of course, to the NCAA's news, based on the opinion of its medical experts, that it was going to adopt a restricted attendance policy for the NCAA Tournament,” Ackerman explained, when asked why the Big East waited so long to cancel their event.  “They were not talking at that point about canceling the NCAA Tournament and none of the conferences -- I can tell you that (Wednesday) evening I was on the phone with the commissioners of other major basketball conferences, who I learned were going to adopt a restricted attendance policy as a cautionary measure, et cetera.  So we went into our meeting today and that's really where everybody was.

“I then reached out to a contact that I had established over the last week with the City of New York, in the Office of Emergency Management -- this is now afternoon -- and learned that New York City is, in fact, very shortly going to be bringing forward directives related to large gatherings here in New York,” Ackerman said.  Mayor Bill deBlasio did, in fact, issue a city-wide state of emergency early Thursday afternoon.

Once these details were made available to the Big East, a conference call with the league Board of Governors, school presidents and athletic directors took place – and the decision to cancel was then made.  It was at halftime of the St. John’s-Creighton game.  Providence and Butler would have followed, with Villanova-DePaul and Marquette-Seton Hall scheduled for the night session.

And while early sentiment from the coaching community and the media seemed to embrace the idea of a postponement, rather than the elimination of next week’s scheduled NCAA Tournament, college athletics’ governing body quashed that thought rather quickly.

In its’ wake, the decision to cancel has many in college athletics understanding of the situation, but still upset with the move.

“It would have been irresponsible of us to put our players in harms’ way to continue to play this week,” Villanova head coach Jay Wright told ESPN.  “We all wanted to play.  But I thought our team doctors did a great job explaining to (the players) we don’t want to add to the issues of trying to control (the virus).  They’re disappointed, but they understand this is a serious national issue.”

“The young men, they were sobbing,” Cooley told the Providence Journal.  “I’m totally hurt for all the seniors and players around the country.  There’s really nothing else to say.  It’s very sad.

“While we are all disappointed by the cancellation of so many great athletic contests…we understand the magnitude of the health crisis that is affecting the entire world,” Cooley added in a later statement.  “As we move on, I want everyone to know how proud I am of our team and what they accomplished this season.”

What they accomplished on the basketball floor was significant – six straight wins to end their year, including five straight over Top 25 teams.  Butler would have been a chance for a 6th straight win against a ranked opponent.

Next week’s Big Dance?  Who knows?

What the Friars learned off the basketball floor was significant as well, especially in the last few days.  It was a memorable lesson, for sure…and one they’ll certainly never forget.

“I keep waking up from naps on this bus ride home hoping all of this was just a bad dream,” PC guard David Duke tweeted on his way out of New York.

It’s all surreal – as well as unbelievable.  That’s probably the best way to describe it.