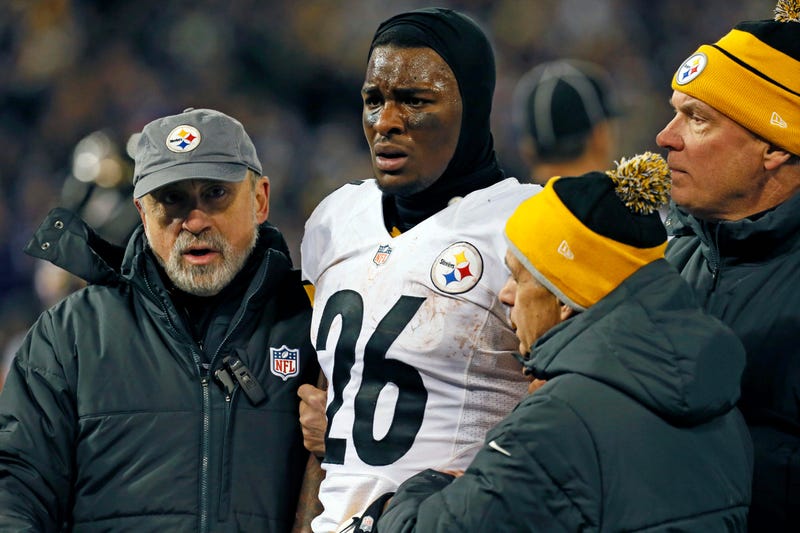 Welcome to Thursday’s Morning Mashup. For the latest news, start at our WEEI.com home page or click here for the top stories from our news wire.

-- The Steelers (or, rather, the Stealers) ravaged Le’Veon Bell’s locker on Wednesday after Bell failed to report to team headquarters on Tuesday, forfeiting his $14.5 million franchise tag and the season.

Upon hearing the news, his teammates removed his nameplate and divied up his belongings.

Linebacker Bud Dupree thanked Bell for the two pairs of Jordan cleats he found in the pile.

"Appreciate the cleats, my guy," Dupree said into a camera. "I wish you success, my guy."

FINDERS KEEPERS: WATCH: After Pittsburgh @Steelers running back @LeVeonBell  didn't show up for the season, his #Steelers teammates decided to remove his nameplate and raid his locker. https://t.co/a9caQkXnAn pic.twitter.com/aCqi4nRWvq

Guard Ramon Foster, who is the team's NFL Players Association rep, had some advice for Bell in his absence directed at the players.

"Save your money, get a lot of information on what we're trying to do moving forward and that way stuff like this doesn't happen," Foster said. "We fall short on things because guys get selfish or guys say, 'Hey, yeah, we're going to take a deal.'

-- The Harlem Globetrotters took over Gillette Stadium earlier this week and hung out with Robert Kraft while making trick shots all over the stadium.

Globetrotters stars Zeus McClurkin and Firefly Fisher got a tour of the team’s trophy room from Kraft before sinking six crazy trick shots around Gillette.

The group is set to start a tour of New England, with shows running from Dec. 26 until April 7.

QUOTE OF THE DAY: “Any time you are last in the league in anything probably isn’t very good. I haven’t studied that as much.” -- Tom Brady, on finishing dead-last in QB rating against blitz