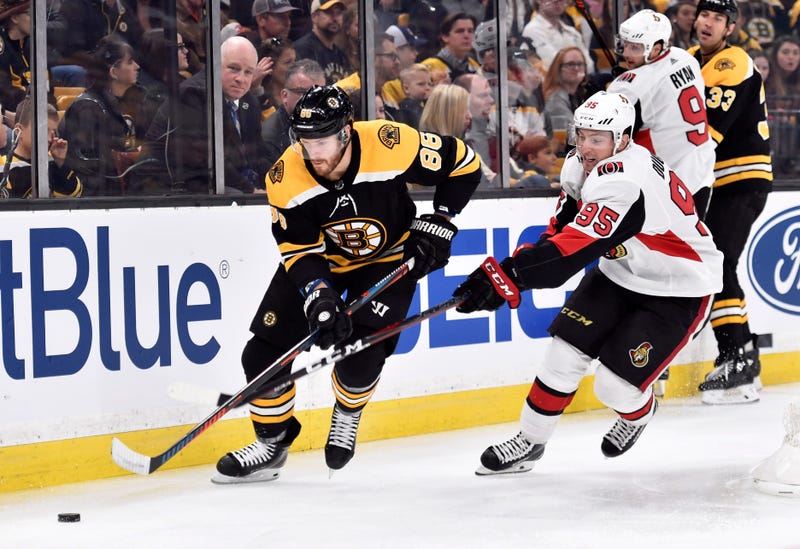 Even without the thick mountain man beard currently hiding most of his chiseled jawline, Kevan Miller is one of the more intimidating figures in the NHL.

The Bruins defenseman, who’s known most for his courage and willingness to sacrifice his body for the success of the team, doesn’t often show fear. But even Miller had to admit Thursday that when he took a John Tavares shot to the throat Nov. 26, a scary scenario unfolded.

“Yeah, the doc said I was very fortunate that it didn’t go the other way,” said Miller, who continued to skate with the Bruins on Thursday but will miss his 11th straight game with a larynx injury when the Bruins host the Anaheim Ducks at TD Garden.

“So definitely the first 20 or 30 minutes, I was having some really tough time breathing, my body kind of went into a little bit of shock. And then after the 30-minute window the docs kind of gave me the ‘hey it could go bad or it can go good.’ And it started to get better and I was very, very thankful for that. So it could’ve been a lot worse, so I got to look on the bright side of things.

“I had oxygen on and then once I was kind of able to calm myself and calm the breathing down I was able to breathe through my nose instead of my mouth. And then they monitored me for a while and made sure I was stable and thankfully things turned around pretty quickly. Got the X-rays and got the bad news at that point.”

The bad news was that he would be out for more than a month, but there was also good news. He’s been able to work out and eventually he started skating with protection over his throat.

There’s hope that he’ll be back in the Bruins’ lineup as soon as next week.

“It’s obviously been frustrating. I’ve had a number of injuries kind of back to back. It’s just the way things have gone this season, unlucky. But I’ve been able to skate and work out and keep in shape for a while now, been feeling pretty good. Just waiting for that green light to get back in it,” he said.

And, of course, in typical tough guy mode, Miller said that once he’s cleared to play in games, the neck protection is going to stay on the hook in his stall.

For the first time since he started four games in a row November 8-14, Jaroslav Halak will make his second straight start Thursday against the Ducks.

Halak made 22 saves in a 4-0 win at Montreal on Monday. The Bruins are trying to end a nine-game losing streak to Anaheim.

“Tuukka [Rask] had a little bit of an upper-body [injury], nothing that could keep him [from playing] but he was off the ice on Monday. We had a day off Tuesday, so there’s a bit of non-practice time [factoring in],” Bruins coach Bruce Cassidy said. “Jaro pitches a shutout, we haven’t had a lot of success against Anaheim over the last few years. That’s not only on Tuukka, I think Doby [former backup goalie Anton Khudobin] had some starts there, so we’re going to try another guy, see how it works.”