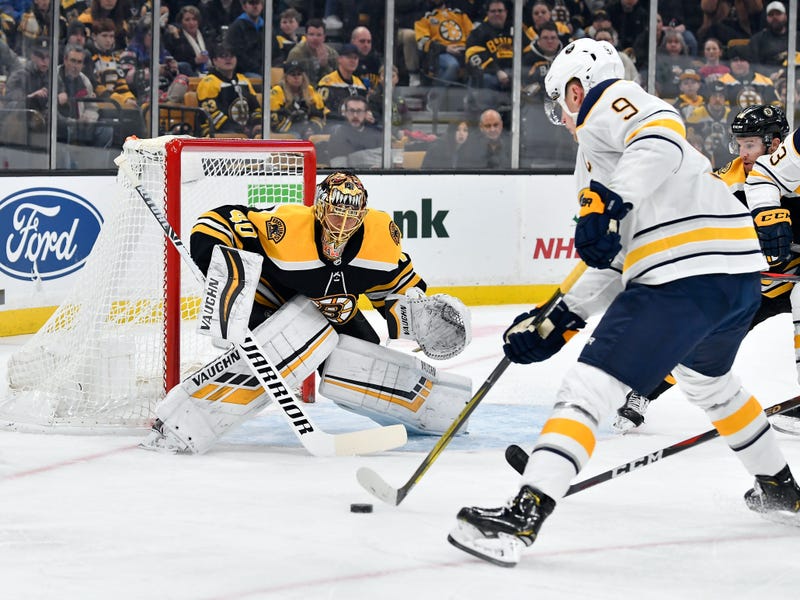 He unveiled his Winter Classic-themed mask Friday in practice at Warrior Ice Arena, but we won't know if Rask or Jaroslav Halak is going to start against the Chicago Blackhawks on Tuesday in South Bend until after the Bruins play the Buffalo Sabres on the road Saturday. Rask will start that game. Halak has started four of the Bruins' past five games.

Rask said he wasn’t too interested in getting a special mask like the ones he had done for the two prior Winter Classic games the Bruins played. But assistant equipment manager Matt Falconer came up with the design and had it made by Jesse Acciacca of Jesse's Custom Design in Wilmington.

“(Falconer) really wanted to make it and I was like ‘whatever,’” Rask said.

The new mask wasn’t just big news because of its relation to the Winter Classic; Rask doesn’t change masks often. He estimated he’s been wearing his current regular game mask for two or three seasons.

“I don’t know, I don’t care, it’s a mask,” he said. “It’s to protect me. To me it doesn’t really represent your personality or anything, it’s just … I kind of like and I think that once you have it, it’s cool to keep it because then you’re kind of known for that if you wear it for however many years. So I don’t think my mask is that cool like some of the old ones but I still wore it many, many years and never change it.”

Charlie McAvoy, who missed the Bruins’ loss to New Jersey on Thursday with a lower-body injury, is on injured reserve and eligible to come off in time for the Winter Classic. But he won’t play in Buffalo.

Brad Marchand sustained an upper-body injury against the Devils and also will likely miss the Sabres game as well.

Both will travel with the Bruins and try to get on the ice Sunday or Monday in order to be ready to play at Notre Dame.

David Backes has a hearing with the NHL Department of Player Safety for his hit on New Jersey’s Blake Coleman and could be suspended against Buffalo and maybe even for the Winter Classic. Marchand famously missed the Bruins’ last Winter Classic because of a suspension.