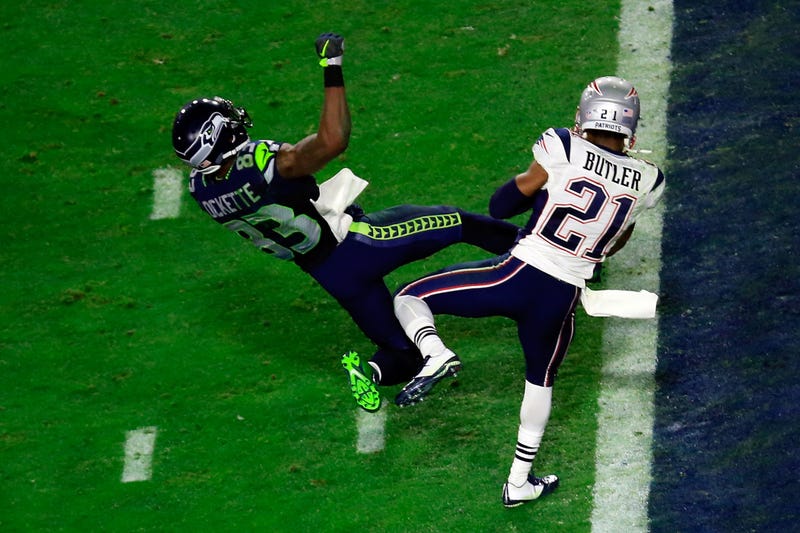 If 2020 had an album cover. pic.twitter.com/DLawsHOwRP

Good news - you made it! There's a weekend ahead (it's the two consecutive days that begin with S). Let's keep those minds open, spirits up, beverages filled and grills lit.

Like watching the Red Sox win a World Series ever gets old?

Thursday on The Dale & Keefe Show (with Keefe and Wiggy) the gang played a version of the time-honored "What If...?" game. This time centering on pivotal Boston sports moments. Sort of an alternate universe "Sliding Doors" hypothetical aimed at sparking debate as to how some games, careers and seasons could have turned out, if... Considering how close so many championships have been, what kind of epic comebacks and fails we've been witness to, and how so many memories could be wildly different if somebody had just made one throw, one catch, one slight movement or decision. It really was a welcome sports fan's respite from the topics that have burned white hot over the last few weeks. You can listen to the segment HERE. The guys made their picks, and they were interesting, for sure. Here are the Top 5 lists they came up with...

Here's the lists of @Keefe21 and @jwiggs85 greatest "What Ifs" in Boston Sports History (except Wiggy decided to swap his #2 and #4)Listen to the whole segment here:https://t.co/Yn5M1P5lnL pic.twitter.com/DMpeevvMsy

Some solid choices, a few odd wrinkles for sure. But in a sports rich region like this, with the success of the past two decades considered, you'll have options galore. And so, this got me thinking, obviously, about my own Top 5 ... that's the point of the segment, right? Curious what you think of this quickly assembled alt-5.

As soon as I wrote my list I immediately thought of several other moments that would qualify for top-tier inclusion. And followers, readers and fans alike reminded me in no time of many other worthy moments, or made their own lists...

Where is Buckner fields the ball?

1. Harrison breaks up the Tyree pass2. Celtics draft Kobe and not Walker3. Borque/Oates/Neely win a cup4. Belichick stays with the Jets5. Joe Thorton stays with the Bruins

Low-stakes, high-volume sports bargument fare for the masses. There are so many moments that broke in the favor or Boston sports teams, so many moments that didn't, so many moves and decisions worth questioning...grab a cold one, tear our lists apart, make your own and holler at us. @FitzyGFY and of course to the instagators, @dalekeefeweei. And please don't @ me anymore about leaving Len Bias out!

BECAUSE WE NEED BASKETBALL

It's officially coming back at the end of July. I know that's almost two months from now. But if you made it this long...can't imagine I've ever wanted to watch Jazz/Spurs more in my life.

When you wish upon a star ...Welcome back, @NBA ✨ pic.twitter.com/Nc91ycGUuL

BECAUSE WE NEED THIS

Would you believe of all places we look to a sitcom with monsters from over 50 years ago for inspiration, guidance and words of wisdom during these most tumultuous times?

Anyone wanna take a second and remember how awesome Jon Lester was with the Sox? How easy he was to root for? How clutch he was? I'd say let's play "What If the Sox didn't trade Lester..." but that would sting too much.

June 4, 2002Jon Lester is drafted with the 57th pick in the 2nd Round by the Boston Red SoxLester is the best LHP to be drafted and play for the Red Soxw/Red Sox2x World Series Champ3x All-StarRed Sox never let these players get awaypic.twitter.com/HJRX3KjZ6T