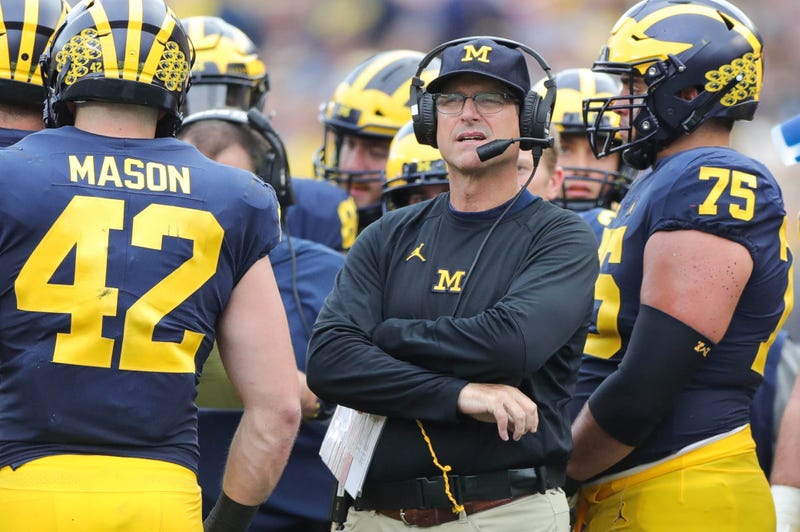 August 10, 2020 08/10/2020 10:49 pm
Happy Tuesday? Seems people are on edge about a lot of things right now...and here we were thinking live sports coming back would help solve things in the year of great uncertainty. You think we're headed in the right direction, but now people are mad and more sports might get canceled or postponed, again? (NSFW)

Ratings would sky rocket if we always could hear this pic.twitter.com/B5Mb5tovKN

No more time for warm-ups! The Bruins haven't won since the restart, and now they're the #4 seed, facing a red-hot Carolina Hurricanes team with vengeance on the mind.

The sports fan and media worlds were turned on their heads Monday amid news that the Big 10, and possibly Pac-12, was going to cancel their fall football season, hoping to postpone them until Spring 2021. Concerns about the COVID-19 pandemic and how teams would manage it, plus liability issues, possible player union movements, and the co-mingling of student-athletes with the general population returning to campus, seem to be at the heart of the potential delay. Reactions were wide-ranging, from every corner of the consumer, athlete and coaching spectrum.

Once news leaked that the Big 10 was considering the postponement Michigan coach Jim Harbaugh shared his heartfelt thoughts in favor of autumn play.

Letter from Jim Harbaugh on wanting to play the season and why he thinks it can happen. pic.twitter.com/wUlf8q4vYr

Swinging as hard as we possibly can right now for these players!! This isn’t over! #FIGHT

From the player perspective Oklahoma QB Spencer Rattler joined Trevor Lawrence and many others in favor of playing the season out as intended.

We NEED football, the country NEEDS football! We understand the precautions we have to take every single day for this to happen and we are more than willing to do that. There’s been too much hard work put in to bring everything to a hault. #WeWantToPlay !!!

Former players aplenty weighed in in favor of play this fall, like Herschel Walker...

...and former Patriot DE, and Arkansas Razorback, Jake Bequette, who got fiery.

Canceling the college football season would be an epic mistake.Leftist university presidents and panicked bureaucrats hate sports to begin with, and they’re using this pretext to wreck athletics on campus.Politicians, AD’s, coaches, & players must stand up.

An SEC AD made his voice heard.

Arkansas AD @HunterYurachek: "I read some articles about the Spanish Flu of 1918. They played college football. College football has survived a number of things over the last 150 years. I truly believe college football can also survive what we’re going through right now.”

Even the POTUS weighed in in favor of CFB this fall.

But some former pros believe a move to the spring would be better, like former Patriots LB, and current NESN analyst, Matt Chatham.

Postponing the college -- season to the spring isn’t cancelling. It’s taking on the year at a mo’ conservative start to increase odds of getting a full season w/out interruption—& including all the damn teams. Pressuring to play now doesn’t help cause of getting in all the games.

And ESPN college football analyst Booger Macfarland is 100% against it.

.@ESPNBooger is adamant that if he had a son in college there is no way he would let him play football this year."At some point this has become selfish for everyone else, and we want to make decisions when we're not the ones taking all the risk." pic.twitter.com/AOm3vqC0d3

Seems the Big 10 hasn't entirely decided to move it to spring, at least so says ESPN analyst Kirk Herbstreit, who's reasonably connected and wants fans to be informed.

To be clear regarding @B1Gfootball and their impending announcement-they are looking TO DELAY the start of the season NOT TO CANCEL.

Though the ACC has announced their intentions for the fall (Trevor Lawrence will like this).

And among the many reasons for hesitation from ADs, coaches, players, and parents alike; an unforeseen medical issue.

Heart issue linked to COVID-19 fuels Power 5 concern; medical sources say at least five Big Ten athletes and other athletes in the Power 5 have been found to have post-COVID heart issues. https://t.co/x7DgMJNkqW

Make no mistake; fans hate it, and given the year we've all been through, and how much the 2nd most popular sport in America means to so many, we get it.

Alabama fans if they cancel the college football season. pic.twitter.com/fJ6EYhf7vh

Whether this ultimately boils down to player safety (which should be the primary concern), university liability, a player union, or more, the will they or won't they of the #LetThemPlay movement will absolutely be the hot topic of the week. What say you? STAY TUNED!

While Lamar Miller's signing was announced Monday the Foxboro rumor mill also shared that the Pats were expected to sign TE Jordan Leggett and DL Darius Kilgo, both low-risk high-reward depth fliers at their respective positions. And this could be a dream come true for Leggett, who's a Pats fan no less.

Jordan Leggett is a massive #Patriots fan, so signing with them is probably a big deal for him.He posted this on Draft night after getting drafted by the #Jets https://t.co/xVg5l9ycLs

CARRY ON MY HAYWARD SON

Just gonna leave this here for anyone who says Hayward only shows up against lesser opponents and isn't key to the Celtics push for the Conference or league Finals.

BECAUSE WE NEED THIS

Vintage photos, and jokes about them, don't get much better than this.