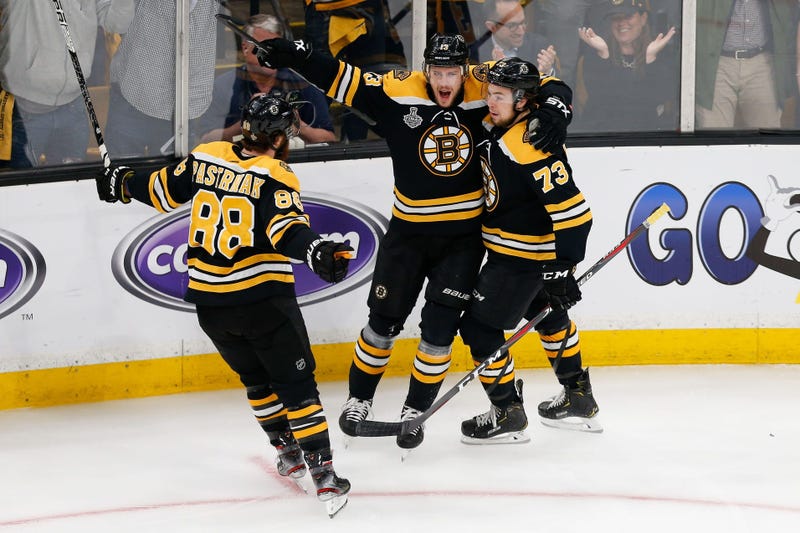 Despite cruising past the Hurricanes in the Eastern Conference Final, the Bruins dealt with adversity throughout the playoffs leading up to the Stanley Cup Final. Clearly, up to this point, they’ve been able to work through it all. But with the stakes naturally being raised in the final round, the Game 2 loss at home against a lesser opponent could put Boston in a bad spot, mentally. Compound that with Game 3 on Saturday being the first in St. Louis and the Bruins could easily find themselves adding unnecessary pressure.

It seems the Bruins trainers have done something to combat the potential problem and keep players in the right frame of mind. The Camera Guys from NBC Sports Boston posted a video to Twitter of the B’s locker room, which features an image of Zdeno Chara hoisting the Cup back in 2011, along with one of Bobby Orr drinking from the Cup after winning in 1972.

The pictures provide a clear message.

“Just little reminders of what it could be like, what’s here for us, what’s at stake, and the great opportunity in front of us.” Charlie Coyle said. “(You) always catch yourself looking around and just, kind of, taking it in. It’s a really good touch.”

Great move by the #NHLBruins staff to put up pictures of past #StanleyCup glories in the locker room#Motivation#LFG pic.twitter.com/yWRnhaTsG0