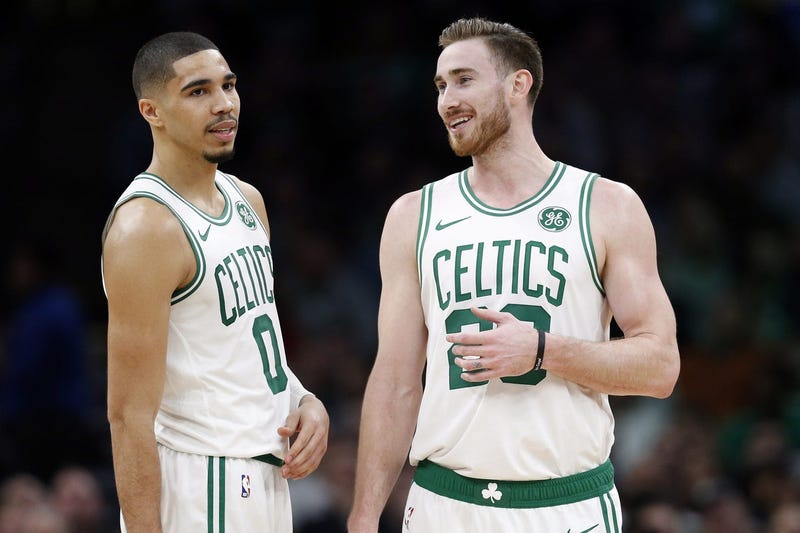 Even before David Griffin was running the show in New Orleans, everyone knew it was going to take a lot for the Celtics, or anyone else, to land Anthony Davis. He’s one of the best players in the NBA, that’s how it works.

However, the Pelicans’ asking price had been up in the air throughout the entire process. That is, up until ESPN’s latest report from Adrian Wojnarowski — and New Orleans is asking for a king’s ransom.

Woj reports Griffin “is pursuing a combination of assets that include an All-Star player, a young player with All-Star potential and two first-round picks.”

That means the Celtics would more than likely have to give up Jayson Tatum or Jaylen Brown (though the Pelicans reportedly prefer Tatum) and Gordon Hayward to make the deal work, along with two picks from this year’s draft — because Woj’s report also states Griffin is looking to get the deal done before this year’s draft on June 20.

The Knicks (third pick overall) and Lakers (fourth pick) are still in contention with their higher picks and Griffin reportedly willing to work on a “sliding scale” when it comes to the assets he’s looking for in the deal. But the Celtics seem to have the advantage, should they want to make the move.

But is this move in the Celtics’ best interest anymore?

If Griffin is set firmly on getting the deal done before the 2019 NBA Draft, the Celtics should not make the trade if Hayward and Tatum are both required to get the deal done. It’s too much of a risk with Kyrie Irving’s future being up in the air — unless, of course, the Celtics know something we don’t.

Should Boston make this move and Irving doesn’t re-sign, the team’s “Big 3” for 2019-20 will be Davis, Brown and Al Horford, with uncertainty surrounding Davis’ future past next season.

This move seems less and less appealing for the Celtics by the day. Too many “ifs.” (Which adds credence to their reported pursuit of Rockets center Clint Capela.)