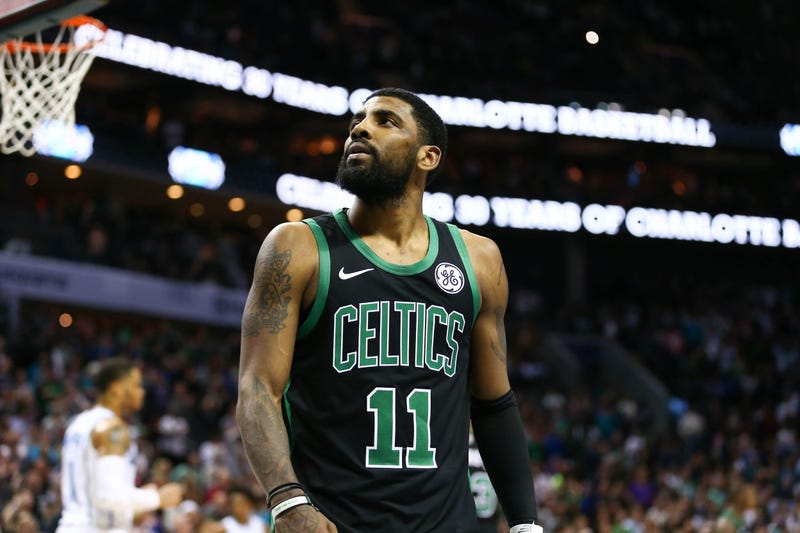 All signs continue to point pretty much anywhere but Boston when it comes to Kyrie Irving’s future, with multiple reports indicating he’ll end up in Brooklyn. Adam Himmelsbach of the Boston Globe added to the litany of “Kyrie is leaving” reports on Friday, citing multiple league sources have indicated, “the Celtics’ belief that Irving will re-sign with them after free agency opens on June 30 has eroded.”

Just over a week ago, Danny Ainge made clear he had "not received (the) indication" Irving was opposed to returning to Boston. He was also asked if there was a player he could bring in that might help the Celtics retain the 2019 All-NBA Second Team member. Ainge said he did not know the answer to that.

On the surface, it may seem Ainge is playing the game and not bringing up the player he’s trying to acquire in conversations behind closed doors — meaning Anthony Davis. Because according to sources from the report, “it is clear that the Celtics’ pursuit of Davis will push forward,” regardless of Irving’s future with the team. It’s not the first time this rumor has been tossed around either. Unless the Celtics are trying to drive up the asking price for the Lakers, who seem to be their only competition in this battle, it seems like Ainge and the Celtics are serious about life with Davis post-Irving.

Only one thing seems to be holding the C’s back (and it isn’t Wyc Grousbeck). According to Himmelsbach’s sources, “the uncertainty surrounding Davis’ long-term future in Boston has thus far limited the Celtics’ willingness to overwhelm New Orleans with an offer.”

While Irving seems to be on the road to Brooklyn, it appears more and more likely Davis’ path points toward Boston, with the Celtics having more to offer than the Lakers and the team maintaining its interest.