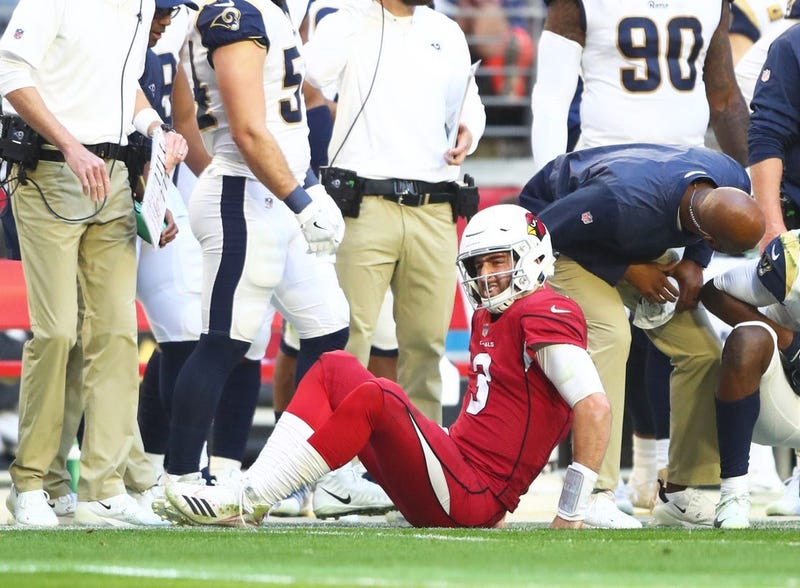 April 27, 2019 04/27/2019 12:52 pm
The second day of the 2019 NFL Draft was anything but boring. Why? Because ESPN’s Trey Wingo said so. According to him, at least 90 percent of the second and third-round picks were interesting. Imagine being in the 10 percent to not didn’t pass that test. Plus, the streets of NashVegas were packed.

More importantly, the AFC teams that chase the Patriots on a yearly basis made their picks and mixed in a few trades. Here’s a look at what the AFC East and last season’s AFC playoff teams did on the second night of the 2019 NFL Draft:

The biggest news from Day 2 of the draft was the Dolphins’ acquisition of quarterback Josh Rosen from the Cardinals. As compensation, Arizona received the 62nd pick in this year’s draft and a fifth-round pick in 2020. That’s about as well as the Cardinals could have done at this point, with teams knowing full well they were out on Rosen in favor of Kyler Murray.

Rosen got the tar kicked out of him in 2018 behind a brutal Cardinals offensive line. Have to imagine he won’t respond well if that happens to him again in Miami. Also, as WEEI.com’s Ryan Hannable pointed out, this means the AFC East is made up of three 2018 first-round draft picks and an old man who seems to have things figured out.

Above all else, the most important thing Cody Ford brings to the table is he’s a dead-ringer for Oklahoma City Thunder star Paul George. The 38th overall pick out of Oklahoma is an athletic, flexible offensive tackle, but needs some fine-tuning. If Buffalo can iron out his rough edges, Ford can be a big help for Josh Allen.

The very first thing that popped up when the Jets selected Florida defensive end Jachai Polite was his maturity. Ironically, it’s a significant concern with Polite, making him a perfect selection for the Jets. He has some talent, but not enough to get by on that alone in the NFL. New York will need someone to take Polite under their wing and guide him; through his first season, especially.

Mecole Hardman is going to have a lot on his plate throughout his rookie year. Kansas City moved up to grab the Georgia wide receiver at 56th overall to replace Tyreek Hill. Hardman is small (5’10”) with a good reach (30 1/4”) and is quick (4.33 40-yard dash). His inexperience at the receiver position is both a good thing and bad thing. (Hardman only played wide receiver for two years at Georgia.) It means he has room to grow, but there are still some issues he’s dealing with (i.e. running across the middle — which some receivers never get over, regardless of experience).

Los Angeles rolled the dice a little bit by taking Nasir Adderly 60th overall. He has experience as both a corner and safety, so he’s versatile. He brings length (6’ tall, 31” arms) to the secondary, as well. He also has sound reactionary skills because of his athleticism. But that’s also Adderly’s problem. He relies too much on his natural abilities, rather than using his head as a weapon, too. If that’s a problem while playing for Delaware in the Colonial Athletic Association, what’s will happen to him in the NFL?

The Texans grabbed a sound athlete at the tight position in the third round by taking San Diego State’s Kahale Warring. He’s 6’5” and can run a 4.67 40-yard dash while weighing in at 252 pounds. His main issue is his blocking ability. As much as today’s game promotes pass-catching tight ends, the Patriots have shown just how important it is to have a strong, fundamentally sound blocking tight end.

First off, let’s give credit where it’s due: the Colts took the best name in the draft by selecting Rock Ya-Sin at No. 34 overall. (For those wondering, his given name is Abdurrahman Ibn Ya-Sin.)

But Ya-Sin is more than a name. He can play a little defense, too. The Temple cornerback offers some length at the position (6’ tall, 32” arms) and is physical. He’s raw in some areas, but there’s potential for him to be a very challenging corner in the NFL.

The Ravens waited a while to draft anyone on Day 2 of the NFL Draft, making their first selection at No. 85. With that pick, they took the FBS all-time leader in sacks (45), Louisiana Tech defensive end Jaylon Ferguson. Obviously, there’s some talent there, you don’t just earn that title on accident. But he tends to get a little stiff. He’s not a great improviser either. Not exactly the easiest things to teach someone, even an accomplished athlete.