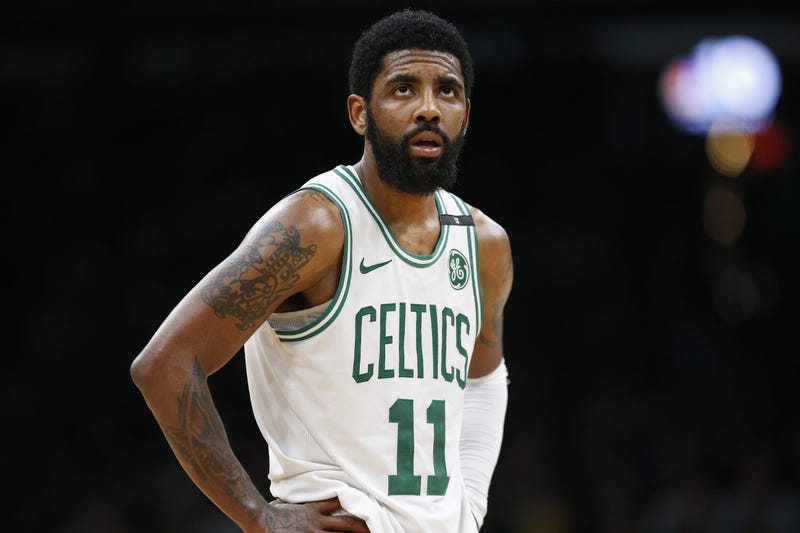 There have been plenty of moments this season where it felt like the 2018-19 season was Kyrie Irving’s last in Boston. Yet, there were stretches that made seem like he’d stick around.

Irving’s “who cares?” comment may have been the final nail in the coffin. I truthfully think his response to the line of questioning surrounding his poor shooting has been misinterpreted — I think he was trying to exude confidence and express his ability to put his poor play behind him. But he’s said too much to earn the benefit of the doubt from the masses, and there are other ways to make up for poor shooting besides jacking up more shots.

Danny Ainge isn’t going to give up on Irving because of these comments or even because of the culmination of remarks he’s made this year. It’s still going to be Irving’s decision. There aren’t many talents like Irving in the game, so it’d almost be irresponsible if Ainge let him walk. But again, that’s out of his control.

Irving may be off social media these days, but there’s no chance he doesn’t catch wind of Shaquille O’Neal and Charles Barkley calling him out on the TNT postgame show. He had to hear about some of the reactions on Twitter, too. It felt like that comment finally put everyone on the same page: Kyrie Irving is done with the Celtics.

I am so disappointed in Kyrie Irving.

Ainge might be helpless on the Irving front, but one thing he can do in the wake of this fiasco: do not trade for Anthony Davis.

Look, trading Isaiah Thomas for Irving was still the right move for the Celtics. Nothing can change that. Boston needed to see what happened with the accelerated rebuild when a superstar came to town.

Also, the two years with Irving don’t mean a modern-day NBA superstar can’t play here. This experience means too many egos in one room can create a problem and there are players who can’t max out in Brad Stevens’ system.

And this proves Irving has some flaws that may have gone unnoticed in Cleveland, but he’s someone else’s problem at this point. This is about the Celtics learning from their misfortunes.

This whole thing with Irving has been a mess. But it was worse with Davis in New Orleans. He can feed everyone all the lines he wants, but Davis erased all doubt of whether or not he was the one to request the trade with a set list of teams when he wore the “That’s All Folks” shirt to his last game of the season. There’s no way it was just a Rich Paul request, as much as that’s how it’s been spun.

So do the Celtics want to get involved with someone who had an ugly ending with the team that drafted him and clearly has rabbit ears to the point he has to clap back at the fan base in that manner?

You have to put up with some theatrics in the NBA; no question. These guys do deal with a fair amount of pressure, especially in the big markets. But New Orleans? You want a guy who was rattled by Pelicans fans?

The Celtics are better off investing in Jayson Tatum and Jaylen Brown. If Gordon Hayward can get it together, along with a few other pieces, maybe this team can be something special in a few years. Paul Pierce isn’t the only one who’s said Tatum can be a leader on a top-tier team. If Ainge and Stevens feel similarly, this is the moment they invest in him and not someone like Davis.

Tatum had his scoring ebbs and flows in his rookie year without Irving around, but his tenacity has not been the same as the team’s No. 2. However, he hasn’t stirred things up in the same capacity as the majority of his teammates, a nice change of pace.

The Celtics might take a step back next year as a result, but they’ll be a much easier product to consume and have the chance to form a unified identity that could last for an extended period of time.