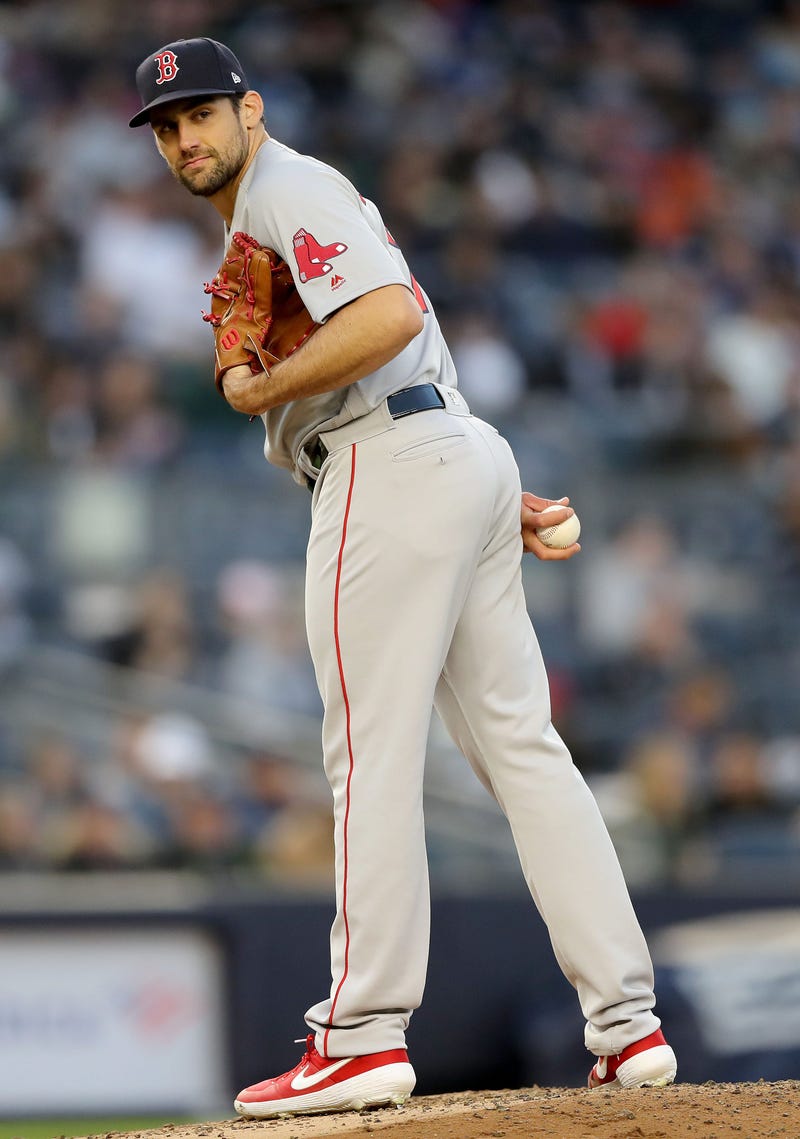 Ever since Andrew Miller lit the world on fire with his ridiculous run in the 2016 postseason, the baseball sabermetricians have been clamoring to eliminate the closer role.

If the stat serves no purpose, then why do I keep hearing and reading about how many blown saves the Red Sox have?

I understand they’re the worst in the American League in this category and only outdone across all of Major League Baseball by the Mets, but based on everything I’ve gathered from stat jockeys, this stat doesn’t mean a thing.

Yet here we are, the Red Sox are looking at moving Nathan Eovaldi to the closer role when he gets back from the injured list. Weird, right?

I understand the blame falls on Dave Dombrowski for not making a move in the offseason when there were guys like Miller and David Robertson on the market. Not that Miller has been lights out (4.05 ERA, 1.31 WHIP), and Roberston has been out since mid-April. But he still should’ve made a run at one of the two with Craig Kimbrel asking for a king’s ransom. Dombrowski isn’t off the hook, but everyone else has that covered.

Based on what we’ve seen this season, the big problem with the Red Sox’ approach to the bullpen is they took the baseball sabermetricians advice. Teams don’t need a set closer.

And the Red Sox came into this season with two guys who everyone thought could close: Matt Barnes and Ryan Brasier. Despite his rough stretch this month, Barnes has been good at his job, for the most part, this year — and his job is not easy. Brasier has been up and down, but he’s starting to look like his 2018 self (2.53 ERA, 9.28 K/9 in June). Not to mention, the Red Sox struck gold with Brandon Workman — I don’t think I’m the only one who’s been surprised by his renaissance.

But all of these guys are just floating in the wind. Sure, Barnes probably knows he’s only facing hitters No. 1 through 5 on most nights, but he could do that anywhere from the seventh to the ninth. And I get this is hard for some to fathom, but pitchers like to know when they have to do their job.

Again, this isn’t primarily about the Red Sox and the current state of their bullpen. It’s about the guys who’re advising baseball execs on how to build a bullpen based on data they gathered from matrices or coding, or whatever complex math process these sabermetricians use to justify not having one set person who takes on the ninth inning.

A closer is like a bullpen’s starter but in reverse. Relievers know they just need to get it to the ninth and then the closer is going to shut the door more often than not. The Red Sox don’t have that and look where they are. Hopefully, the rest of baseball takes notice.

And if I come across as bitter here, good. I should. Because I’m tired of seeing numbers that take a half an hour to explain dictate how the game is played. They’re valuable tools, but not the only ones that should be utilized.