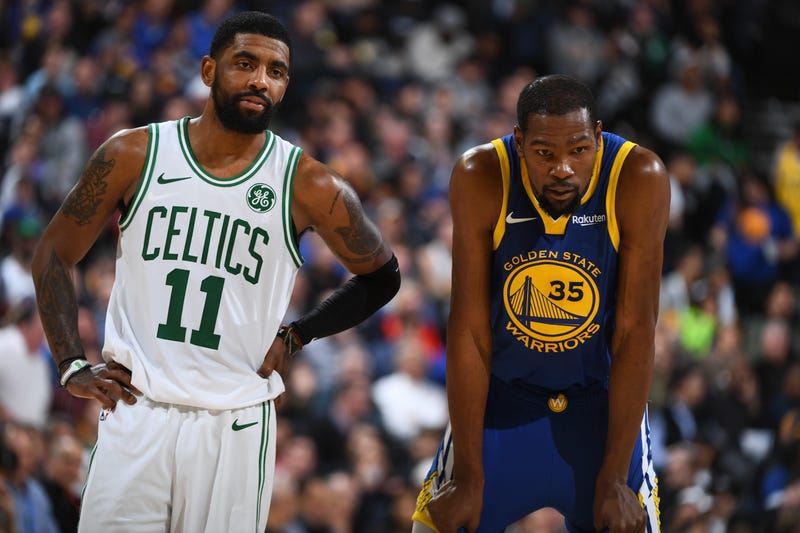 Kevin Durant has long been rumored as Kyrie Irving’s desired new partner as the two hit free agency. With Irving favoring the Nets, there have been rumors he’s tried to persuade Durant to pick Brooklyn over any other possible candidates.

For Irving’s sake, he made need to do everything he can to see to it that Durant joins him in Brooklyn, because there had been a report stating the Nets weren’t sure about rolling with the point guard as a solo act.

From the looks of things, it appears there’s still a chance things could work out for the Nets. Because Durant — who will be sidelined in 2019-20 after receiving surgery to repair his torn Achilles — has established the field of teams he’ll meet with during NBA free agency, according to ESPN’s Adrian Wojnarowski.

The teams are the Nets, Knicks, Clippers and Warriors. Woj’s sources also indicated Durant’s decision may not be made until “well into next week.”