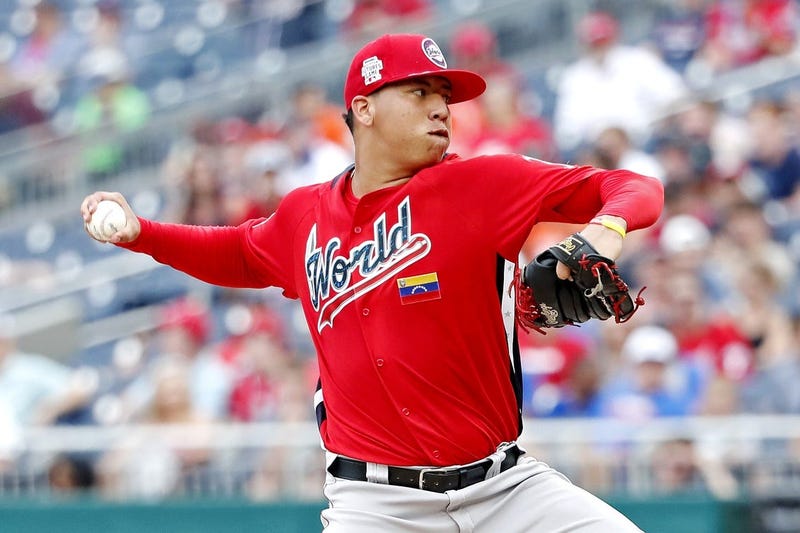 Red Sox pitching prospect Bryan Mata hasn’t made too many mistakes on the mound in his three starts for Class-A Advanced Salem this season. He has given up one earned run (0.54 ERA), three walks and 11 hits (0.90 WHIP) over 16 2/3 innings. He also has 17 strikeouts.

The one earned run scored off of Mata came in the third inning of his start against the Wilmington Blue Rocks on April 6. Since then, he has not surrendered an earned run over 14 innings of work.

Jordan Weems showed off a little more than his flow on Tuesday against the Trenton Thunder — the Yankees Double-A affiliate. The righty reliever struck out a career-high seven hitters over 3 2/3 innings of work, giving up one run on a walk and two hits. In his last two outings, Weems has 11 K’s and four walks over 5 2/3 innings.

Jordan Weems struck out a career high 7 batters in 3.2 innings of relief, but the Sea Dogs fell 3-1 to the Trenton Thunder. @USCellular Recap: https://t.co/AvabTs0gHw pic.twitter.com/NdHvouP2nZ

After going hitless in his first four games of the season with Double-A Portland, Josh Tobias finds himself in the midst of a five-game hitting streak. The former Phillies minor leaguer (Clay Buchholz trade) is hitting .389 (7 for 18) during the streak.