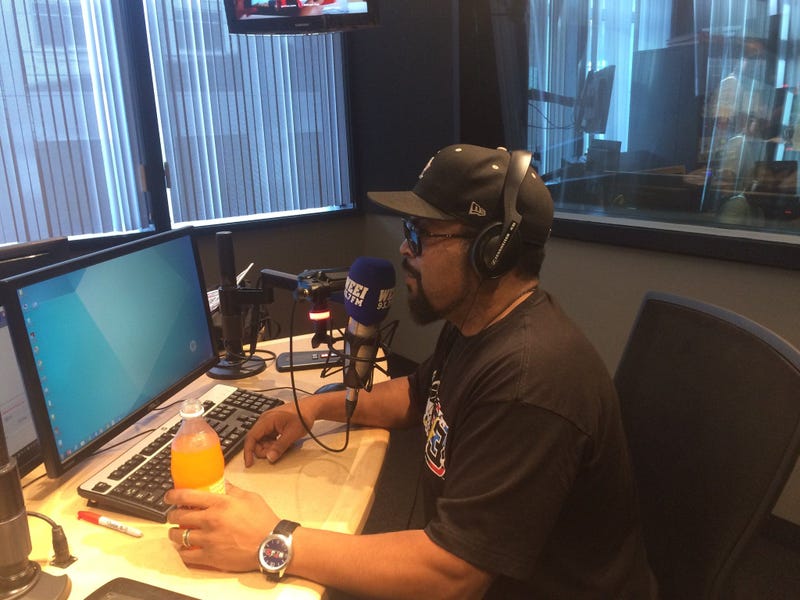 By Ordway, Merloni and Fauria WEEI 93.7

Ice Cube’s 3-on-3 basketball league featuring mostly retired NBA players, BIG3, is coming to Boston Friday. Before that, Cube joined OMF to talk Celtics legends, Magic vs. Bird, and the future of the Lakers.

Bringing BIG3 to Boston was a given to him.

Ice Cube was inspired to start the league when Kobe Bryant put up 60 points in his last game.

“I was salty about guys I thought about who still had a little juice left in the tank...why isn’t there a place where we can see these dudes?,” he said. “I really thought about it and it’s a big void in the industry. If you’re not a baseball fan, you just hibernate until football season...3-on-3 is a different kind of game, there’s a ripe spot for this...the fact that they took it and made it an olympic sport after we launched was perfect timing for us.”

The West Coast legend had a predictable answer to the Magic Johnson vs. Larry Bird debate: “I’ll take Magic all day.”

“Danny Ainge was like a gnat -- like a bug,” he explained. “McHale was a beast that you feared because he could beat you on the block. He had a thousand moves. He was the player I hated because he was the one that kept them (Celtics) great for so many years.”

He said he thinks things are looking up for the Lakers, and the youth movement is adding LeBron James to the mix at the right time.

“The group that Lakers have -- they’re young, of course they didn’t win a lot of games but they were fiery and they never quit. That is the quality you want when building a team: guys who don’t quit in the fourth quarter,” he started. “To add LeBron to that -- then you add what seems like crazy picks from (Rajon) Rondo to (JaVale) McGee, what I like about these guys is they aren’t gonna bow down to LeBron. They’re going to show the young guys how to play with a superstar without deferring to him. If our guys are wowed by LeBron they’re not gonna develop in their own right.”

He also revealed that Paul Pierce was apparently close to joining BIG3.

“Paul was this close (to joining BIG3), then ESPN gave him a damn job,” he laughed. “To me it’s like keep your day job if you don’t want to battle in the paint with Reggie Evans.”