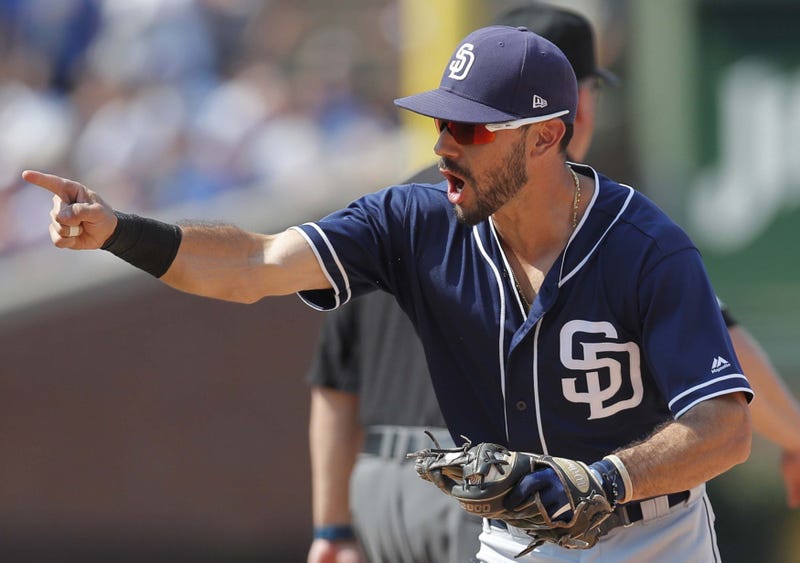 For New England baseball fans the Padres' designating a utility infielder by the name of Carlos Asuaje for assignment most likely meant little.

It was a move made so San Diego could add free agent pitcher Garrett Richards to its roster, making the 27-year-old expendable.

So, why should followers of the Red Sox care? Asuaje represents a notable reminder.

It was Nov. 13, 2015 that the infielder was part of the trade that brought Craig Kimbrel to Boston, joining pitcher Logan Allen, outfielder Manuel Margot and infielder Javy Guerra in reeling in the Red Sox' closer for the past three seasons.

While Asuaje was far from the centerpiece of the deal he does represent what it ultimately took to get the Kimbrel deal done. Four players. Now three are most likely left with the Padres.

The main component of the trade from San Diego's perspective continues to be Margot, who has become San Diego's everyday centerfielder. In 2018 the 24-year-old hit .245 with a .675 OPS, eight home runs and 11 stolen bases (he was caught 10 times).

Allen may be the toughest pill for the Red Sox to swallow, having positioned himself to get a crack at the Padres' starting rotation after winning Texas League Pitcher of the Year for his work with Double-A San Antonio. Ranked as San Diego's No. 8 prospect, Allen dominated with a combined 14-6 and 2.45 ERA between Double- and Triple-A.

Congratulations to @SD_Southpaw for being named the Texas League Pitcher of the Year!! https://t.co/ZK6ZAtmorG pic.twitter.com/BFUyXBJQ9h