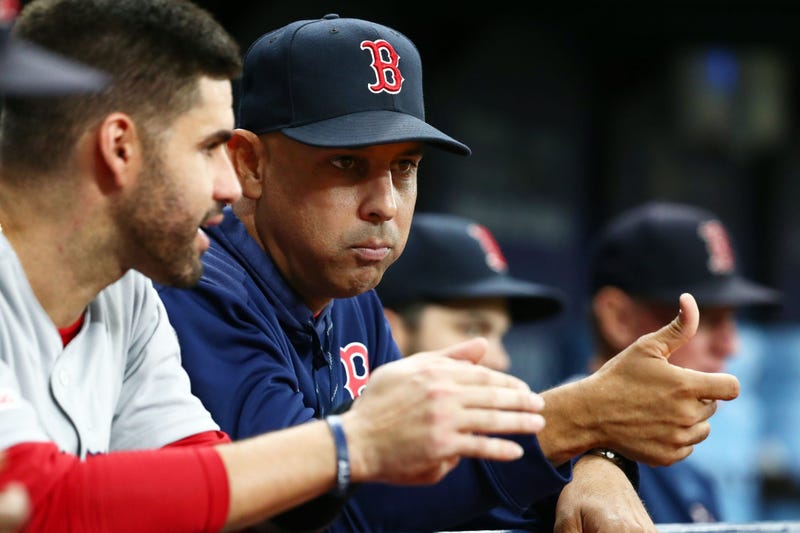 But that doesn't mean Houston isn't on the Red Sox' radar.

A case could be made to not offer the Astros a glimpse at the likes of David Price, Eduardo Rodriguez and Rick Porcello in the Red Sox' weekend series against Houston at Fenway Park. If both teams do advance into the A.L. Championship Series then there would be a strong likelihood all three starters would be relied on in a best-of-seven series.

But Red Sox manager Alex Cora has his priorities and dancing around get-togethers with the Astros isn't one of them.

"There are bragging rights there," Cora said. "I’m not going to make it easy on them. They’re one of the best teams in the big leagues. For how good I feel about them and the friendship and everything else, they’re in a pennant race. It’s not that we owe Oakland anything. I think it would be good for them to push them. Last year we went into that situation the last four games and we had goals in our mind, and it was to push the Red Sox to pitch Chris Sale in the last game of the season. We almost did it. It’s the same thing. We’re trying to win a series and put everybody in a bad spot so they have to play all the way until the end. I know everybody wants us to play all the way to the end, so nothing changes."

It will be the second time the Red Sox take on the Astros this season, with the teams splitting their four-game set at Minute Maid Park in June. Price and Porcello pitched the two games the Red Sox came out on top in the series.

"Offensively, I do feel last year everything clicked," said Cora of the 2017 Astros. "There were career years everywhere. (Josh) Reddick, Marwin (Gonzalez), health was a big part of what happened last year. This year, (Jose) Altuve got hurt, Carlos (Correa) got hurt, he’s not swinging the bat the way he did last year, Marwin, who’s hurt now, not swinging the bat the same way. You start looking at the record. They have a better record than they did last year at this time so I don’t know. Also the division. It’s a tougher division than last year. Seattle has played great. Oakland, obviously has been amazing the whole season. It’s just the nature of the schedule and that repeating thing is not that easy. They’re still a great team. A very complete team. They can beat you in a lot of ways. Like I told you guys in Houston, we feel like we match up with them and we’ll see what happens."