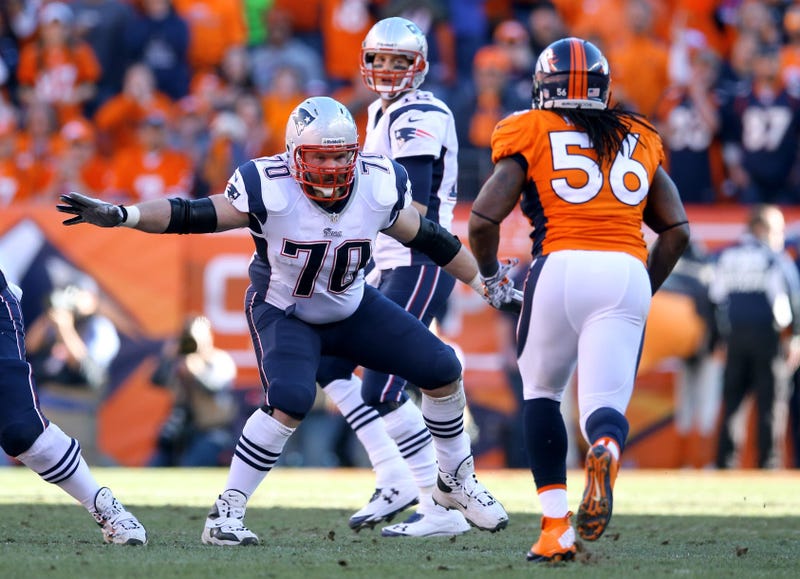 July 5, 2018 07/05/2018 6:37 pm
Leading up to Patriots training camp at the end of July we’re unveiling our all-time Bill Belichick Patriots team with a new position coming out almost every day. Today, it’s left guard. Click here for the complete series so far.

Mankins was maybe one of the toughest players Bill Belichick has ever coached. He was drafted as the last pick in the first round of the 2005 draft and despite playing tackle at Fresno State, he was moved to guard with the Patriots. He stepped in immediately and started all 16 games at left guard in his rookie season.

He played for the Patriots from 2005-13 before he was shipped to Tampa Bay before the 2014 season in a stunning trade. Before being traded, Mankins was named to the Pro Bowl six times and was a first-team All-Pro in 2010. For his entire career, Mankins played 161 games and started every one.

Mankins may most be known for playing the entire 2011 season with a torn ACL.

“Logan Mankins is everything we would ever want in a football player," Belichick said in a statement after the trade in 2014. " It is hard to imagine a better player at his position, a tougher competitor or a person to represent our program. He is one of the all-time great Patriots and the best guard I ever coached. Logan brought a quiet but unmistakable presence and leadership that will be impossible to duplicate. Unfortunately, this is the time of year when difficult decisions have to be made -- and this is one of the most difficult we will ever make -- but like every other decision it was made for what we feel is in the best interests of the team.”

Why timing of Julian Edelman's return will be interesting