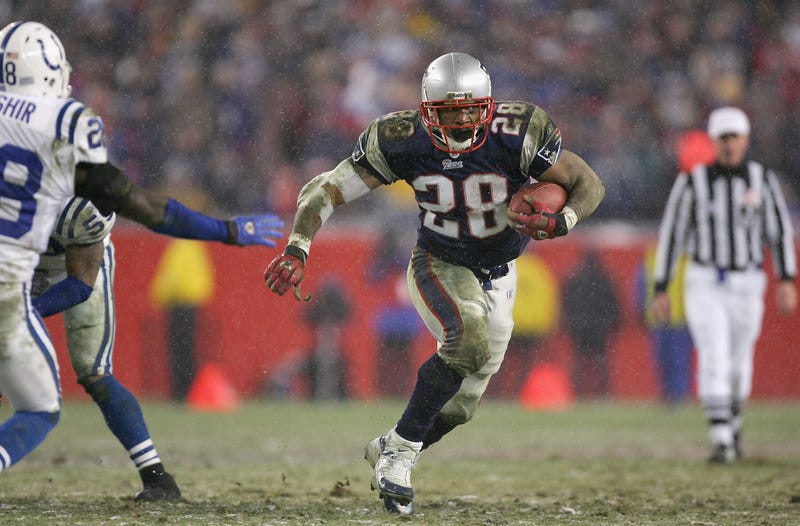 June 27, 2018 06/27/2018 5:34 pm
Leading up to Patriots training camp at the end of July we’re unveiling our all-time Bill Belichick Patriots team with a new position coming out almost every day. Today, it’s running back.

Over the years the Patriots have never really been known for running the ball, but in the early 2000s when Tom Brady was more of a game manager, it was an important facet of the offense.

No one player made more of an impact than Corey Dillon in 2004.

Dillon only spent the final three years of his career with the Patriots, but they were solid ones.

Dillon wasn’t exactly the easiest player to coach, but Bill Belichick got the most out of him and he ended up by winning a Super Bowl with the Patriots after not doing much winning in his time with the Bengals.