The Celtics began practicing Wednesday at the Auerbach Center as they prepare for the NBA restart at Walt Disney World at the end of the month.

Speaking to reporters, Brad Stevens relayed some good news that no players have had positive COVID-19 test results since Marcus Smart was diagnosed with the virus back in March just after the league paused its season.

In addition, no player has opted out of playing.

“Obviously we started as a team testing with the travel party and with anybody that would be in the gym, and the players,” Stevens said. “I’ve been tested every other day and knock on wood (no positive tests) so far. Obviously it’s important that we all take care of ourselves and do what we can to obviously go into the bubble healthy, because I think those first couple weeks of practice are gonna be really important to get our legs underneath us.

"I think our guys have done a great job of staying in shape but I think once you get into practice and playing and those types of things it’s a different level you have to reach. And for us, we talked about it all year, if we’re not able to pressure the ball, if we’re not disruptive at that end of the floor then we won’t have a long stay. We know that that’s a huge aspect for us is being in great condition.”

The Celtics' first game in Orlando is scheduled for July 31 against the Bucks. 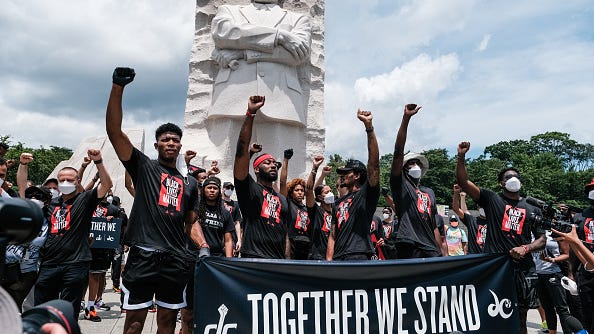