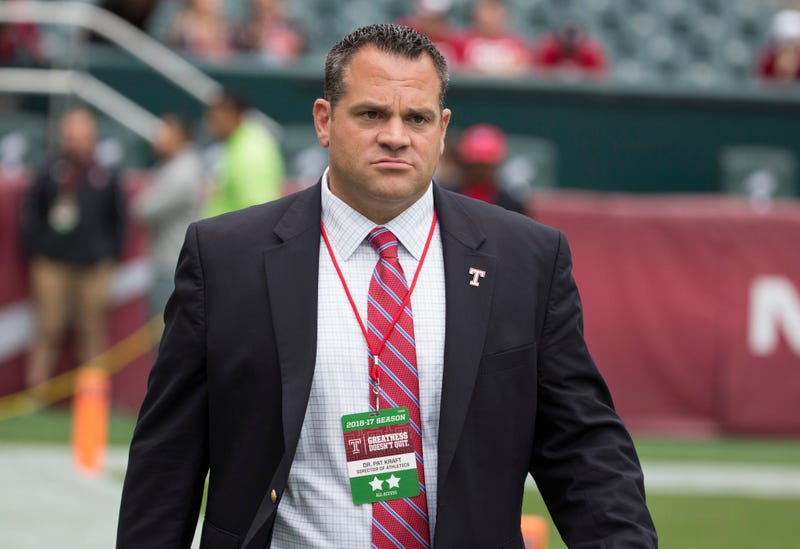 A few weeks after Martin Jarmond left the school for UCLA, Boston College has found its new athletic director.

It is a five-year contract.

Kraft has an extensive background in football as he was able to help turn Temple's program around and the hope is he will be able to do the same at BC along with first-year coach Jeff Hafley, who came over from Ohio State. Kraft also played football at Indiana and was very close with Matt Rhule, the current Carolina Panthers head coach, when he was at Temple.