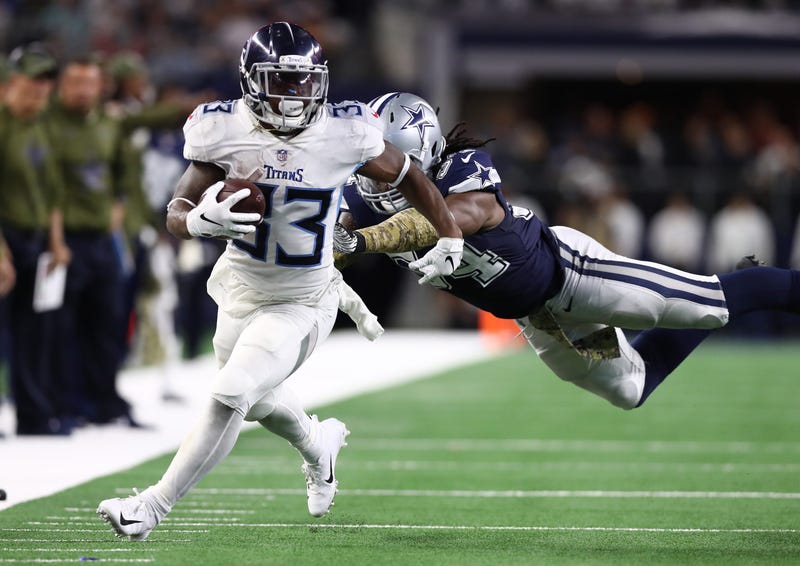 After saying all the right things during the week, Dion Lewis let go after the Titans beat his former team in the Patriots, 34-10.

"Hell yeah it's personal. That's what happens when you go cheap," Lewis said, via NFL Media's Mike Giardi. "You get your ass kicked."

Lewis finished the game with 57 yards on 20 carries.

The former Patriot signed with the Titans as a free agent this offseason for four years and just over $19 million after the Patriots never really showed any interest in bringing him back. Lewis' frustrations with the Patriots go back to the beginning of last season when he was fourth on the depth chart behind Rex Burkhead, Mike Gillislee and James White.

Lewis wasn't the only one facing his former team, as cornerbacks Malcom Butler and Logan Ryan also went up against their former team.

"We played complementary football," he said. "We competed throughout the game and we all did our job. Even after the early lead, we said, 'Stay in it. Stay in it.' I have been on the other side, coming back from 28-3 before, so I know what Tom [Brady] is capable of. Our defensive coordinator did a great job mixing things up. [Mike] Vrabel had us prepared. We played our best game of the year today."

Ryan added: "A couple of times [we had Brady confused]. I wasn't expecting that, but it was a good job of our disguise, our gameplan. Our pass rush did a great job and we switched up our looks."