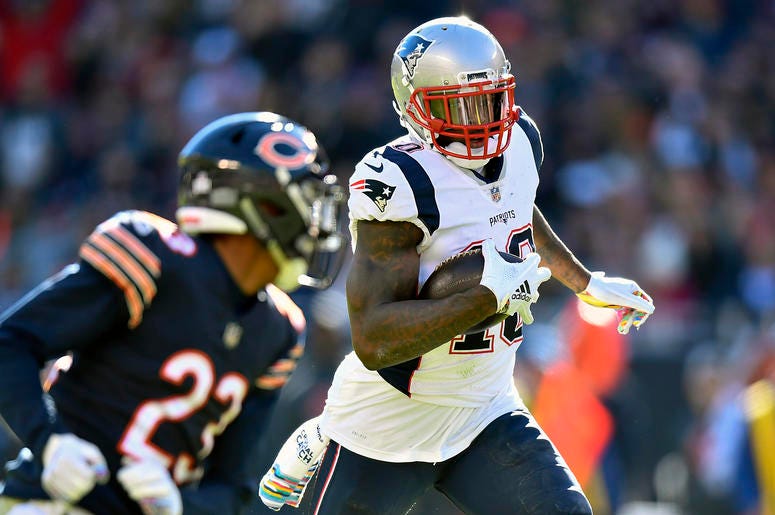 FOXBORO -- Over the last few days there has been some negative attention towards Josh Gordon after a NFL Media report came out before Monday's game saying the receiver would be disciplined for tardiness last week.

Of course, that didn't occur as Gordon played over 80 percent of the snaps and Bill Belichick denied the report when appearing on Ordway, Merloni & Fauria Tuesday.

Speaking Wednesday, Patriots wide receivers coach Chad O'Shea had nothing but praise for Gordon when asked directly about the tardiness report.

O'Shea added: “He’s done a really good job of trying to learn our offense. He’s done a great job of spending extra time, not only with Tom [Brady], but our other receivers that have been helpful to him in learning not only our offense, but the way we do things here. It’s been a very positive experience here so far.”

In five games with the Patriots, Gordon has 17 receptions for 266 yards and a touchdown, including a 100-yard game.

O'Shea noted how much time the receiver has put in working with the other receivers to pick up the offense.

“Josh has worked really hard to learn the offense," he said. "I think he’s done a good job of allowing his teammates, specifically the receivers and the other players that work with the passing game to help him in learning the offense. He’s definitely worked hard and done everything we’ve asked him to do to try and learn as quickly as he can.”

In just five games, Gordon has risen the wide receiver depth chart as he appears to be No. 2 behind Julian Edelman.