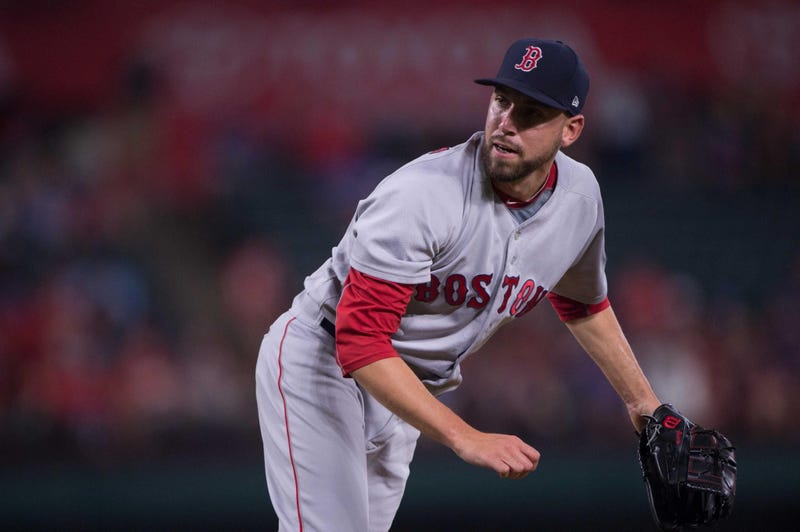 When the Red Sox got to Toronto early Friday morning, their bullpen was a mess.

It had blown a 6-5 lead against the Yankees in the eighth inning on Wednesday and then nearly blew a 4-0 lead in the seventh inning on Thursday, but with the way the final two games of the series went against the Blue Jays, the bullpen appears to be gaining some confidence back.

Led by five scoreless innings from the bullpen, the Red Sox beat the Jays 5-3 Sunday afternoon to win the rubber game of the three-game set. Including Saturday, the Red Sox bullpen has thrown 8 2/3 scoreless frames and didn't walk a single batter.

Red Sox starter Drew Pomeranz didn't have his best stuff on Sunday, as he couldn't record an out in the fifth inning. The left-hander went four innings, allowing three runs on four hits, but walked four and stuck out six. His control certainly was the biggest issue, needing 103 pitches in just four-plus innings.

"That’s what you like," manager Alex Cora told reporters. "People don’t understand sometimes how short you are in the bullpen and people think it’s just bring this guy in and it doesn’t work that way. You’ve got to give credit to Barnesy and Heath and hector obviously. That was amazing what they did. These are the days when look back, managing at the big league level, it’s not the easy because there are certain days where there’s nothing you can do. You want to match up and you have to trust your guys and we did today and we won."

The bullpen will have a slightly different look on Monday as it seems very likely Steven Wright is added into the mix, as he returns following his 15-game suspension. With no options remaing, he must be added to the major league roster. This means the team will need to make a roster move and by all accounts it will be sending Velazquez back to the minors.

For all the struggles that the Red Sox bullpen had in New York, it's also worth noting almost every other bullpen in the league has had its fair share of issues against the Yankees this year. Maybe most of the issues had to do with the Yankees lineup just being very good, opposed to being totally on the Red Sox relievers.

Going into the weekend, if it had been known the Red Sox starters would only go 9 1/3 innings combined on Saturday and Sunday, many would have suspected the team would have been in a lot of trouble given the state of the bullpen, but the group proved them wrong in what was a solid finish to a long road trip.