The immediate reaction from many is that Bill Belichick, Josh McDaniels and Co. will find a way for Cam Newton to fit in with the Patriots.

But one analyst -- Sam Monson of Pro Football Focus -- has his doubts.

“Well, the great thing about Cam Newton’s career is that the Panthers have been through several iterations or trying to surround him with the right supporting cast," he said. "Now, they almost always failed, but they went about it in several distinct ways so we got to kind of see what all these receivers look like when Cam Newton is trying to get them the ball. Now, Cam Newton even at his best was an incredibly talented quarterback passer who is always on the low end of accuracy. He misses too many passes, particularly the routine underneath stuff. The stuff that (Tom) Brady would always complete in his sleep was where Cam Newton always had trouble and he made up for it by making more big plays deep down the field.

“But, his team has always tried to offset that little bit lack of consistency by trying to get him receivers that will make up the difference. The first way they tried it was getting these 6-foot-5 Kelvin Benjamin-style receivers that he couldn’t possibly overthrow. The problem with those guys is 6-foot-5 receivers just don’t get open — they don’t separate. That I think is the biggest calling card with this Patriots receiving core right now is they just don’t get separation.

"We saw that last season where really Julian Edelman was the only guy that is consistently able to separate and even he is best doing that underneath and in from the slot, which is where Cam Newton isn’t at his most efficient. Edelman is by far the best receiver in this group, and what Edelman does really well is not a great mesh with what Cam Newton does. The rest of them, there is just no speed in this group and they can’t separate. The only guy with any kind of speed and raw pace is Damiere Byrd, who obviously wasn’t there a year ago, but is unlikely to immediately transport this group into a set of receivers who are suddenly giving Cam Newton a much better picture in terms of separation.”

Newton and his new Patriots teammates are scheduled to report to training camp in late July. 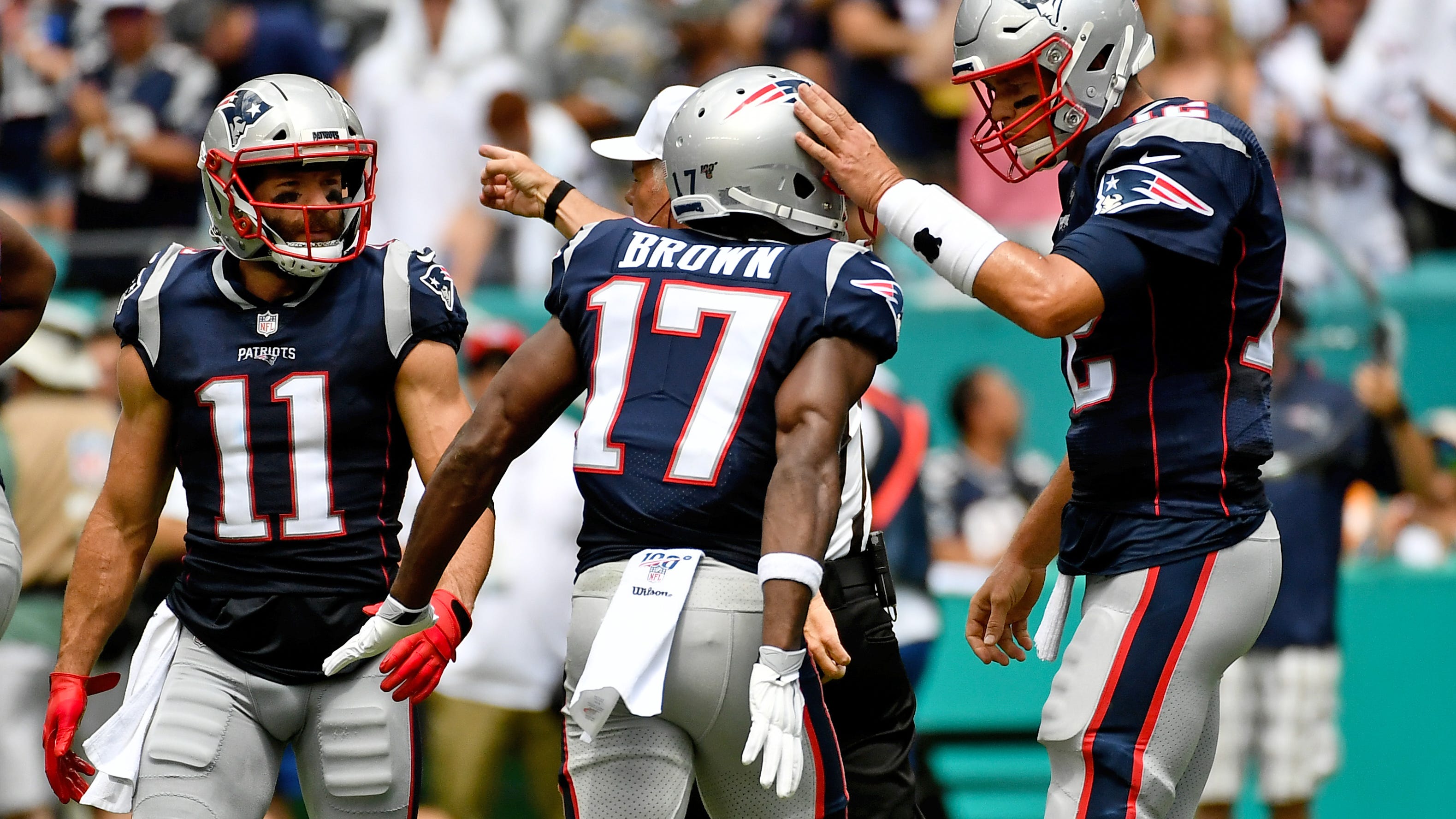 Antonio Brown to Tampa Bay Rumors Are Heating Up Again