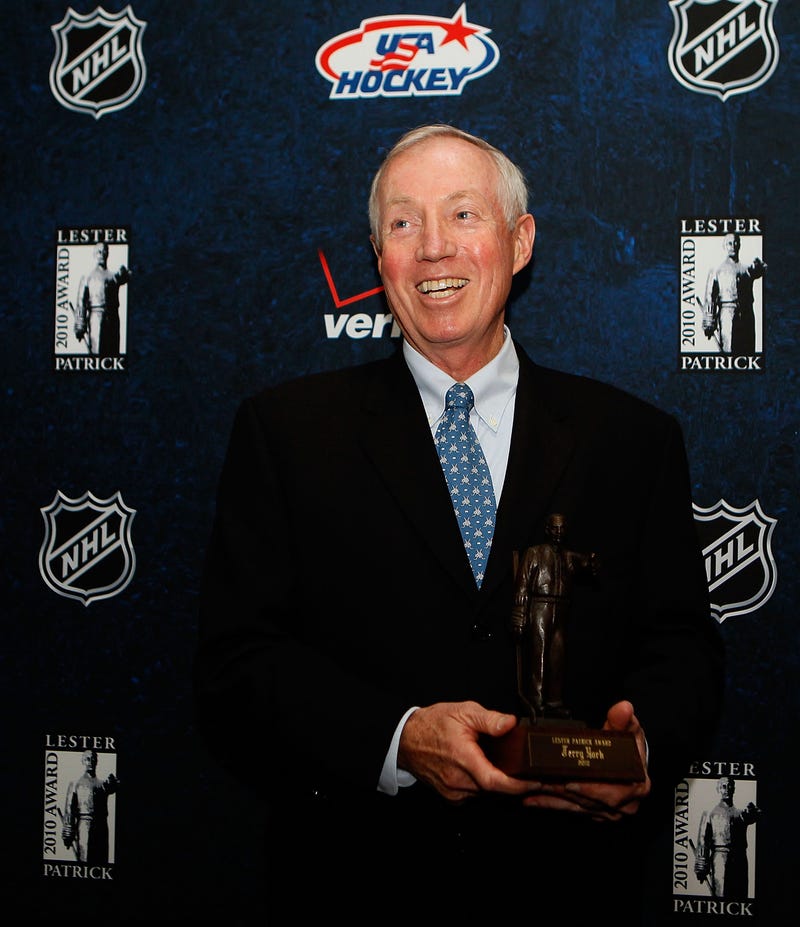 For much of the 1980s and into the ‘90s, Boston College hockey was in a pretty good place. Under legendary coach Len Ceglarski, the Eagles finished first in the Hockey East standings six times from 1985-1991 and won the league tournament in 1987 and 1990. They reached the NCAA tournament in seven of eight seasons from ’84-’91 and got to two Frozen Fours, although they never won it all.

In Ceglarski’s final season in 1991-92, though, the team dropped below .500. Steve Cedorchuk took over as coach, but the program only fell further. BC went just 9-24-5 in his first season, setting a program record for losses that still stands. The following season was only moderately better. The Eagles got swept in the Hockey East quarterfinals both years, and that was the end of the Cedorchuk era.

BC looked to make a big splash with its next coaching hire, as the school announced on March 30, 1994, that Mike Milbury would take over as head coach. Milbury had taken the Bruins to the Stanley Cup Final just four years earlier, but had no college coaching experience and wound up staying at BC just two months before resigning without ever having coached a game due to “philosophical differences” with BC’s athletics department.

The program appeared to be in total disarray, but Milbury’s departure turned out to be a blessing in disguise as BC wound up hitting the jackpot with its next hire, Jerry York.

York graduated from BC in 1967 and began his coaching career as an assistant under Ceglarski at Clarkson in 1970. When Ceglarski left to take the BC job in 1972, York took over the head job at Clarkson at the age of 27 and won the Spencer Penrose Award as the country’s top coach in 1977.

York moved on to Bowling Green in 1979 and led the Falcons to a national championship in 1984. In 15 seasons there, he won four CCHA regular-season titles and one conference tournament and made NCAAs six times.

York applied for the BC job both times it opened up in the early ‘90s, but was passed over. While that might seem shocking now, it’s worth noting that Bowling Green finished under .500 three times from 1990-94 and missed the NCAA tournament four years in a row. He had some impressive accomplishments under his belt, but recent history didn’t exactly scream slam dunk hire.

Eventually, though, the match was meant to be. York didn’t exactly turn BC around overnight, though. The Eagles finished under .500 in each of his first three seasons, but with a team full of his own recruits in Year 4, the Eagles took a massive leap forward in 1997-98, going 28-9-5, winning the Hockey East tournament, and reaching the national championship game for the first time in 20 years (although they lost to Michigan, 3-2).

Under York, the Eagles have produced two Hobey Baker Award winners (Mike Mottau and Johnny Gaudreau), 25 First Team All-Americans, and 48 NHLers. On Dec. 29, 2012, York became the winningest coach in college hockey history, a record he continues to add to. Last month, he was inducted into the Hockey Hall of Fame.

While the Eagles have dipped a little in the last few years -- they’ve missed the NCAA tournament three years in a row for the first time since York’s first three seasons -- it looks like they could be in the midst of bouncing back this year, as they’re currently first in Hockey East (on winning percentage) and ranked 10th in the country.

Awaken 180° Weightloss, the effective, long lasting solution to weight loss for all lifestyles.