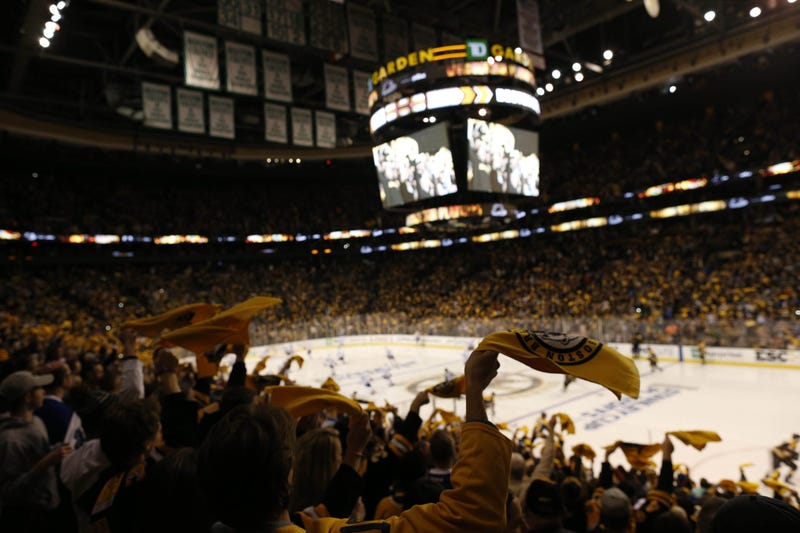 We finally know what time Bruins-Maple Leafs Game 5 will start. The NHL announced on Wednesday that puck drop is set for 8 p.m. at TD Garden.

That seemed like the most likely start time all along given that Game 2 was also in that slot, and that CBC obviously prefers to have a Canadian team in the natural "Hockey Night in Canada" spot. The game will be broadcast on NBC in the U.S.

The other two games Saturday (Lightning-Devils Game 5 and Capitals-Blue Jackets Game 5) will both be at 3 p.m., with one on NBC and one on NBCSN.

The primetime start could be good news for the Bruins, as the crowd for Game 2 seemed even more energized than usual, perhaps owing to the fact that an 8 p.m. start on a Saturday gives fans plenty of time to get, as Tom Brady would put it, "lubed up."

Game 4 is Thursday at 7 p.m. in Toronto. If the Bruins win, they'll have a chance to close out the series at home Saturday night.