Major League Baseball players have a lot to adjust to this season, but some of the toughest adjustments may be breaking everyday habits like spitting and licking their fingers, both of which are now banned as part of the league's new safety protocols.

That includes sunflower seeds and chewing tobacco. While tobacco was already banned in a majority of MLB ballparks, it is still common among players, many of whom have learned how to be a little more discreet in their usage.

As far as licking fingers, which is especially common among pitchers looking to get a better grip on the ball, pitchers will be allowed to have a small wet rag they can use instead.

Appearing on The Greg Hill Show Friday morning, Red Sox pitcher Nathan Eovaldi explained the challenge of breaking some of those habits and how he feels he's doing so far.

"That’s obviously going to be the biggest issue, I feel like," Eovaldi said. "Certain guys, it’s hard for them. I try to work on that in the offseason. I don’t dip, but just the spitting. When I’m on the mound, my mouth gets dry, I want to spit. I lick my fingers sometimes, too, to get a better grip on the ball. I feel like I’ve broken those habits. Try to find new ways, wipe my hand on the sweat instead of the mouth. It’s been different, but I feel like it’s been helpful."

Another challenge for MLB, especially relative to the NBA and NHL, is that they aren't in a hub city bubble situation like those sports. Teams will still be traveling for games, they'll be staying in different hotels, and players can still go home in their respective cities. Eovaldi, who's in a hotel in Boston for the time being, said that players recognize they need to hold each other accountable when they're not at the ballpark, too, noting that staying healthy could very well determine just how far the team goes.

Eovaldi got his first taste of pitching in an empty Fenway on Thursday, as he threw four shutout innings in the Red Sox' first intrasquad scrimmage, allowing one hit and a walk while striking out four. While he seemed to handle the new setting just fine, he acknowledged that it was "definitely weird."

"It’s definitely weird. I definitely feed off the crowd," he said. "I like pitching on the road, too. You go into somebody else’s home and they’re trying to mess you up, get their team going. It’s just different. Guys are giving each other a hard time, giving (Jason Varitek) a hard time behind the plate. You just hear those little jokes and stuff and it almost take away your attention while you’re pitching a little bit. It’s just not the same not having fans in the stands."

As it turns out, Fenway may not remain completely silent. On Friday the team tested some fake crowd noise, so perhaps that ends up making things a little less weird. Or maybe it'll be even weirder. So goes the experimenting in this unprecedented season. 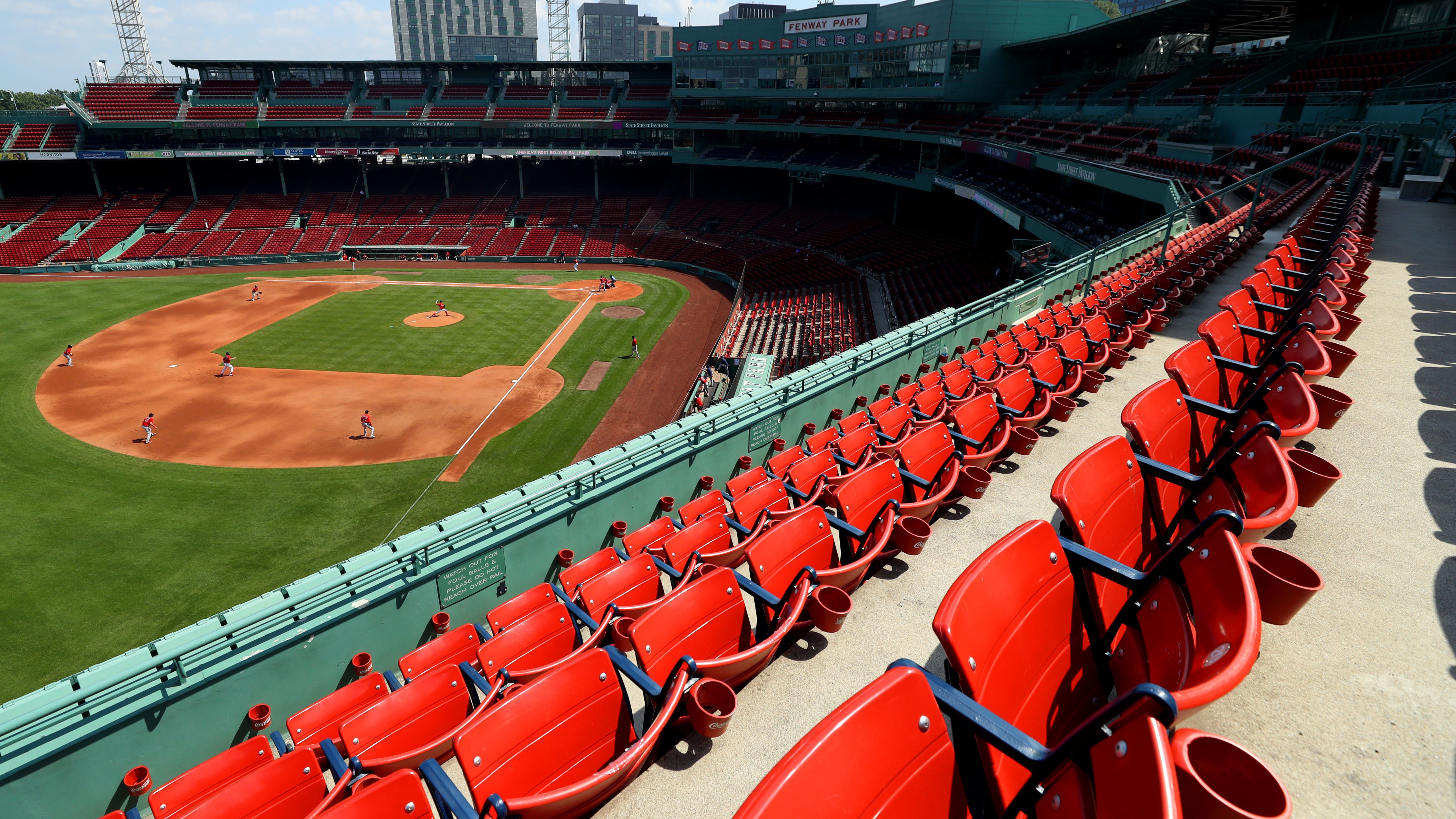