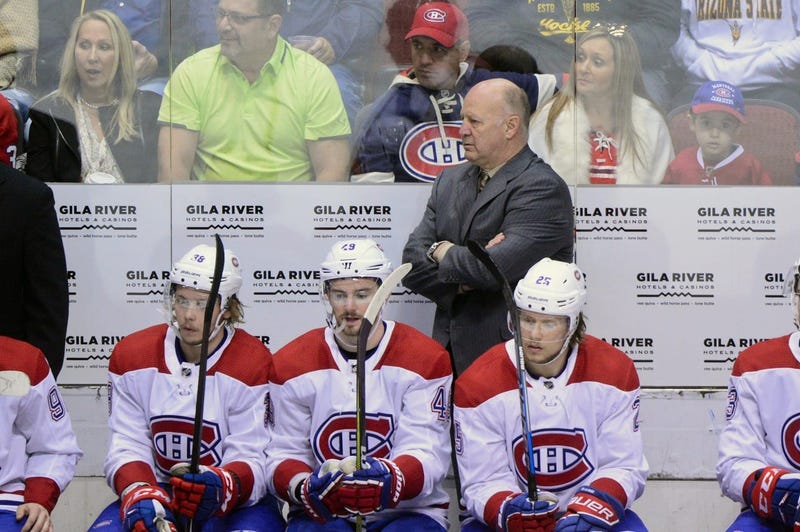 Canadiens head coach Claude Julien wanted some outside 'help' in their fourth game in six nights Saturday, a 2-1 loss to the Bruins.

(And in case you missed Julien's decade-long run in Boston, that's code for penalties and power-play opportunities he feels went unrewarded.)

Usually it's a simple comment and then a non-comment, but Julien did not restrain himself as he often would when asked about those exact things after Saturday's defeat.

"I think it’s pretty obvious. When your best shooter is on a breakaway and doesn’t get a shot away, I think everybody agrees that it should have been a penalty shot," Julien began. "What’s embarrassing is Nash embellishing it. The stick hits his shoulder, it doesn’t even hit his face and he embellishes and looks at the referee. Those are embarrassing things in the game of hockey.

"We’re a tired team and we have to kill penalties and it eventually caught up to us. That’s disappointing that when we had some of those things happen, or another penalty that’s called five seconds later because we end up on a two-on-one. As I said, we evaluate ourselves and we expect others to evaluate themselves as well."

Julien may have had a point, as Paul Byron did appear to be in the act of shooting when Sean Kuraly slashed him on a breakaway.

And Rick Nash obviously embellished the high-sticking penalty that put the Bruins on their first of three third-period power-play opportunities.

Still, I must admit that it felt natural to hear Julien complaining about dives and non-calls after a Bruins-Canadiens game.

Even if it was at the other end of the TD Garden hallway.