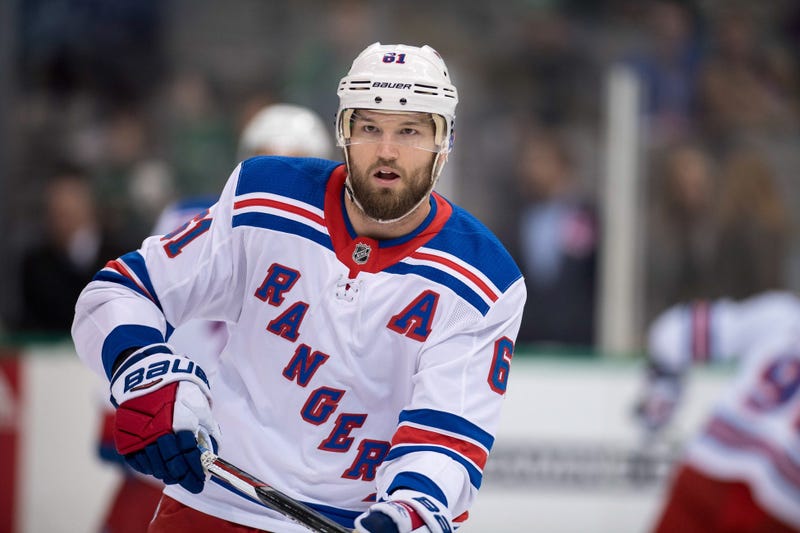 Count the Bruins as one of the teams 'in' on Rangers winger Rick Nash, according to Larry Brooks of The New York Post.

This word comes on the heels of the Rangers asking the 33-year-old Nash to submit a 12-team list of teams he'd prefer to land with via trade before the league's Feb. 26 trade deadline.

“I included the teams that I think have the best chance of winning the Stanley Cup and are also places I think would be good for my family,” Nash, a free agent at the season's end, told Brooks over the weekend. “And, yes, that does include teams in Canada. I’m not excluding that as a possibility."

A 12-team list featuring those with the best shot at a Stanley Cup would obviously include Boston (beginning Tuesday with the second-most points in the NHL), one would think. But even if Boston is not at the top of Nash's list, the former 40-goal scorer sounds like a man heading into the deadline with as open a mind as one can have.

“I’m not going to include 30 teams, but I would take a look if that came up. I was asked to pick a certain number of teams, but I don’t want to say anything is off-limits," Nash said. "It’s a weird situation for me. I could be going someplace for a few months, but I also might wind up staying with a new contract, too. If I’m not wanted [in New York], I’m open to anything.”

A 6-foot-4 winger that's skated on both the left and right side throughout his NHL career, Nash has tallied 17 goals and 27 points in 56 games for the Blueshirts this season. And he could fit a need for a Black and Gold squad that may still be in search of a seemingly more sustainable, veteran option on David Krejci's wing for their second line.

Nash would also bring some postseaso know-how to a relatively young B's wing group, as he has recorded 15 goals and 41 points in 77 career playoff games, including three goals and five points in 12 playoff games last spring.

In addition to the Bruins, Brooks noted the Blues, Sharks, Stars, Predators, Lightning, Jets, and Maple Leafs as teams that have expressed interest in Nash.

Considered the big catch of this deadline, it's believed that the Rangers are seeking a first-round pick, top prospect, and another asset (roster player, prospect, or pick) in a trade for No. 61.