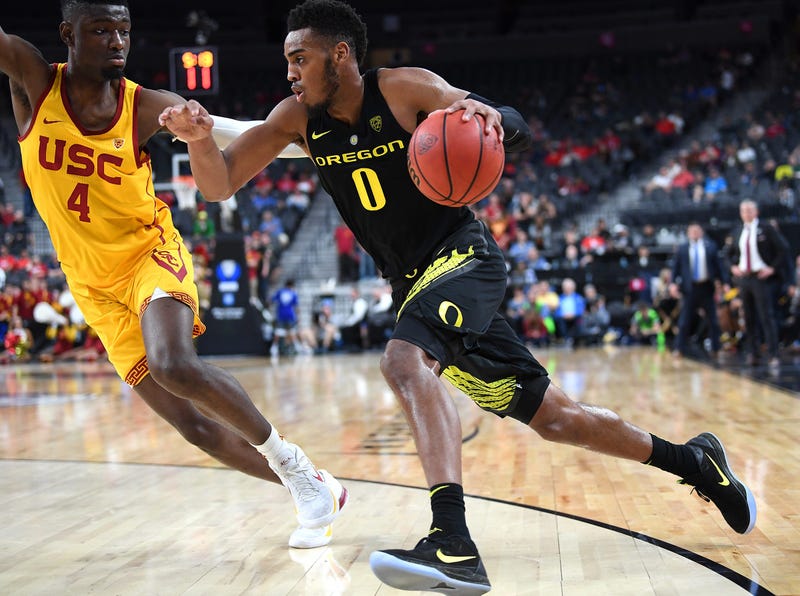 Scouting Report: Brown is an all-around player who played both sides of the ball well as a freshman with Oregon. His size, length and athleticism are all expected to translate into the pros, and he has a quick first step that complements his agility. Brown played point guard at Centennial High School, which has turned him into a solid playmaking wing. He reads the floor well and can both initiate the offense and execute tough passes. Brown has also shown an ability to dish the ball quickly and accurately, especially off the bounce.

When it comes to scoring himself, Brown really likes to work inside the three-point line, and can convert field goals at a pretty efficient clip (44 percent). His long range shot has a ways to go, as the freshman shot at a 29 percent clip from three-point range. When he drives the ball he goes straight at the defense and has floaters and runners to switch to if a lane to the traditional layup isn’t there. On top of scoring in the paint, Brown has a nice fadeaway jumper that he can utilize, especially when posting up smaller defenders.

The 6-foot-7 wing has good footspeed which helps him stay with quicker guards defensively. He doesn’t necessarily lock the ball down when defending on-ball, but he can still be a pest who fights through screens, and his size makes him versatile. Based on his ability to play the passing lanes and his defensive intelligence off the ball, Brown has the potential to be a solid team defender at the next level. He consistently has a good idea of where the ball is going to end up, which makes him a good rebounder at his size.

Notes: Brown, who was a Pac-12 All-Freshman Team Honorable Mention, could stand to add muscle mass to his frame. At 6-foot-7, 215 pounds, he will have to gain weight if he wants to be the aggressive paint scorer he was with Oregon. As a player as young as he is, the 18-year-old is also prone to force passes, leading to turnovers (2.5 per game).

Brown is slotted to be drafted in the middle of the first round. His defensive style and willingness to pass the ball would fit well in Brad Stevens’ system if he was to fall to the Celtics. Though it is unlikely Brown would slide all the way to No. 27. Brown is a prospect with a good amount of upside in a draft where even lottery teams are electing to give up their spots in the top five (it was reported on Tuesday the Kings and Mavericks are willing to move down).

Brown won’t go in the lottery, but if this draft is foreseen by teams to be somewhat weak, they likely won’t hesitate to pick up a low-risk, high reward player of Brown’s caliber mid-first. The only way he drops to 27th is if teams are turned away by his streaky shooting, average vertical leap, and susceptibility to turning the ball over.  But regardless of his weaknesses, there will be clubs willing to take on the project of developing Brown into an Evan Turner-like pro.