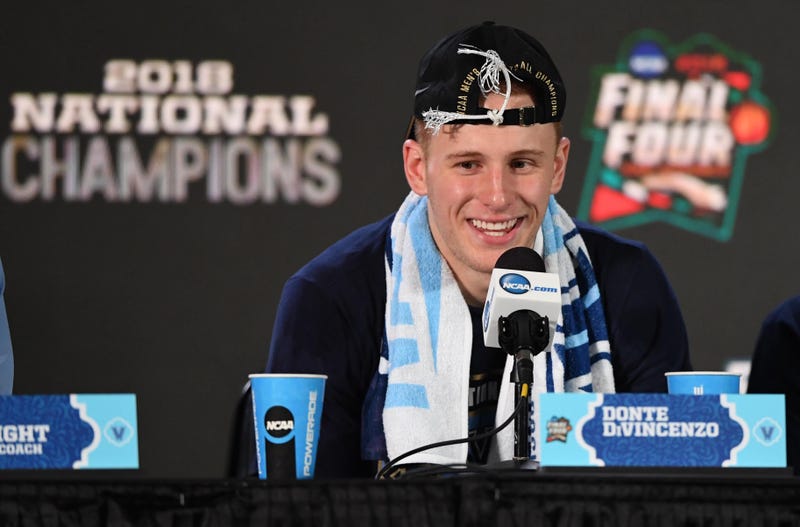 Scouting Report: Over the course of his sophomore and junior seasons, DiVincenzo showed off versatility within head coach Jay Wright’s system. He saw time as both a starter and bench player, while playing both off-the-ball and on-the-ball. And he thrived in every role. DiVincenzo plays with confident tenacity on both sides of the court.

Offensively, he either aggressively attacks the basket, or consistently converts from beyond the arc (made 103 three-point field goals as a junior). The 21-year-old has also shown that he’s able in making difficulty passes.

Defensively, DiVincenzo has quick footwork and knows how to stay balanced, making it tough for opponents to get by him. As a pro, he won’t be the fastest in the game, but he showed speed and athleticism in college that is foreseen by scouts to translate well to the NBA. He had the highest vertical leap among all players at the Draft combine.

The biggest question, and perhaps biggest knock regarding DiVincenzo’s potential, is the idea that his success has relied heavily on Villanova’s system. If the 21-year-old was to slip in the draft, this would likely be the main reason why, due to teams being cautious about avoiding being caught in the hype surrounding him. DiVincenzo has also been branded to be somewhat of a streaky shooter. But based on his 2018 NCAA tournament stats, and what scouts have seen in his motor, there is no denying that DiVincenzo wants to be great when the lights shine the brightest. This mentality along with his athleticism will be what saves his stock.

Notes: When DiVincenzo graduated from Salesianum School after leading its basketball program to two consecutive state championships he was dubbed the “Michael Jordan of Delaware.” Such praise started out strictly local. But after red-shirting a freshman year lost to a broken foot bone, DiVincenzo bounced back by averaging nine points on 47 percent shooting while averaging 26 minutes as a sophomore, and went on to capture the imagination of the Villanova campus and fanbase with his stellar junior year off the bench.

On top of his 31 point showing in the 2018 national title game, DiVincenzo put up 17 points, 13 rebounds, and six steals in a combine exhibition on May 19, suggesting that he can do more on the court besides scoring. Because of this, the hype surrounding him is higher than ever. His stock has skyrocketed, and he’s now projected to go as high as No. 15. As of now, a safe NBA comparison for the Nova shooter would be Tim Hardaway Jr., as both are similar in size and have similar styles in play.

Based off of the surrounding hype, DiVincenzo would be a gift from the other 21 teams selecting above the Celtics if he was to fall to No. 27. It is also worth noting that if the former Wildcat was to dip that low, the Celtics would likely be the only thing separating the Warriors from taking him at 28th overall, adding yet another shooter to their Death Star depth chart. The Celtics would be taking in another guard with such a move, in this scenario a pure shooter, but by that point in the draft, DiVincenzo would be the most skilled player available on most, if not all teams’ radars.