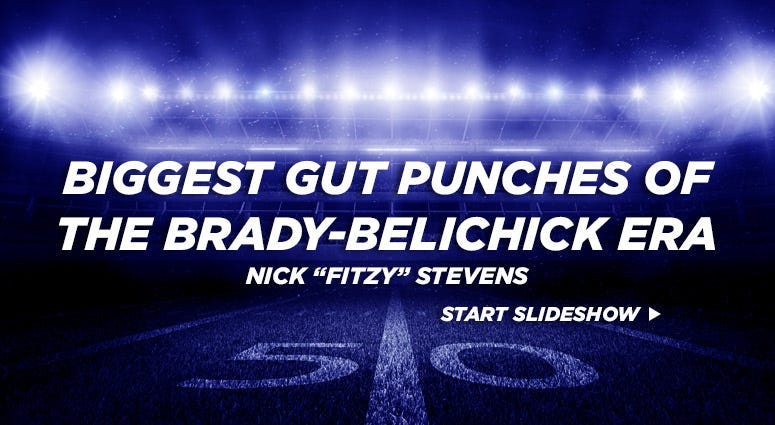 With Divisional Weekend upon us, the Patriots find themselves in the unusual position of spectators at a time when they’re usually gearing up to host a game and make a title run. Now, if this sounds a little spoiled, well, eight straight AFC Championship Game appearances will do that to a fan. After last Saturday’s defeat at the hands of the Titans we’re all in the awkward spot of watching someone else try to get to the Super Bowl. Awkward, party of Pats Nation.

It was a kick to the special place for sure watching the Pats exit early. Time will tell if that was one of the biggest gut punches of the Brady-Belichick era, depending on who stays and who goes (I’m Team Brady Stays/One More Run, for what it's worth). If this brings you any solace (Spoiler Alert - probably won’t!), these gut punches will be hard to supplant as the Top 5. And remember, there are dozens of fanbases who would take hundreds of these gutpunches just for a chance at A Super Bowl, let alone nine trips and six wins over 20 years, so lighten up, Francis. 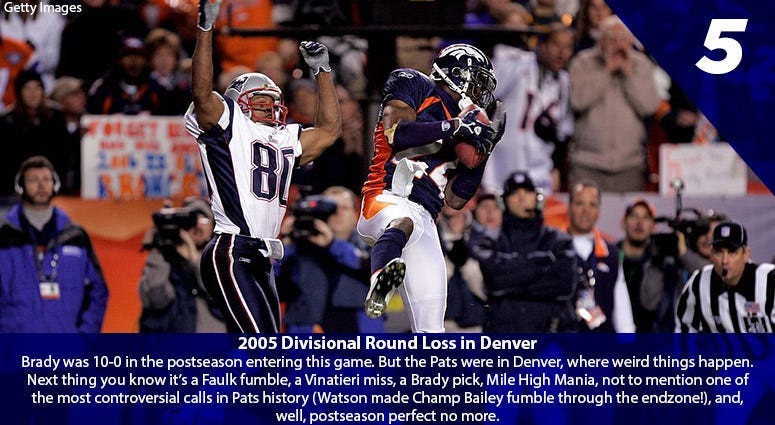 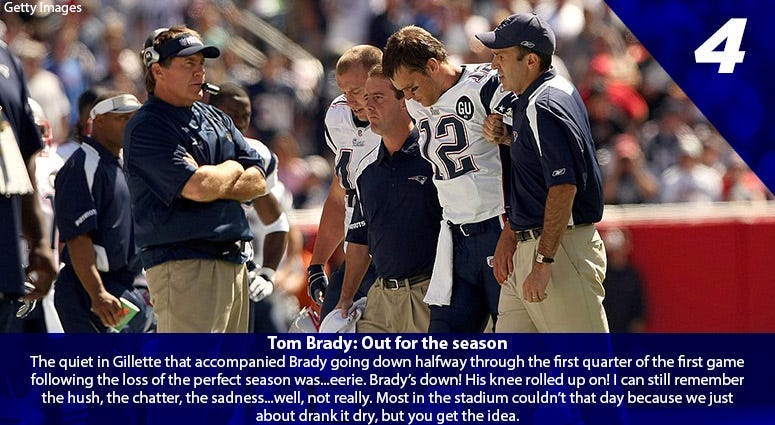 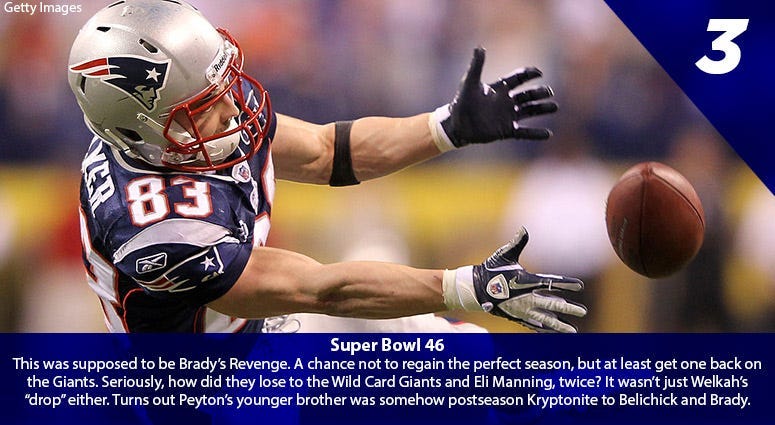 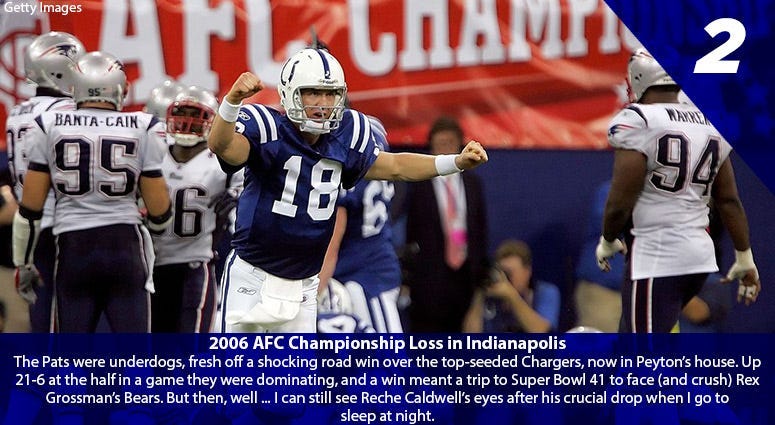 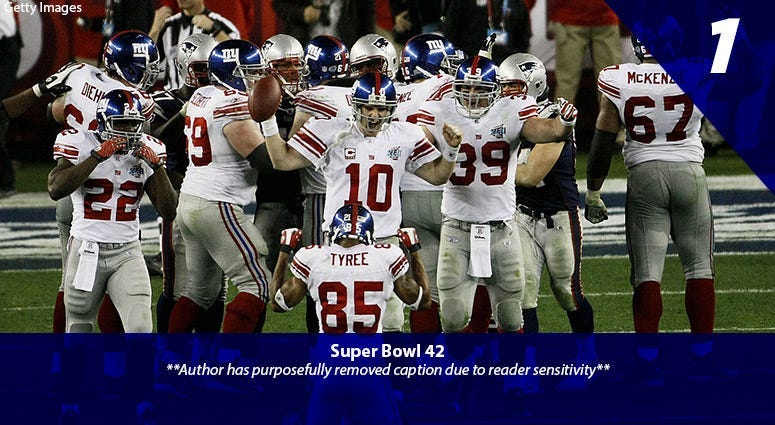