It was an absolutely breathtaking setting in Lake Tahoe as the Bruins earned their fifth victory in as many games against the Philadelphia Flyers.

David Pastrnak’s second hat trick of the season (both against the Flyers), depth scoring and another injury to the blue line highlight the takeaways from the Bruins' 7-3 win over Philly.

David Pastrnak’s status as one of the world’s elite goal scorers is due to the fact that he simply scores goals that other players aren’t capable of making at the highest level.

What made this particular two-one-one goal elite was how it was executed.

While in stride, Pastrnak waited for a Marchand pass to come across his body and one-timed it past Carter Hart. It may not sound all too challenging, but it is and it’s a shot most NHL players would have difficulty executing.

Pastrnak also did all this while battling furious glares and shadows from a setting sun.

As spectacular as his first goal was, Pastrnak’s second goal of the game was equally elite but for different reasons.

With the game tied at two 46 seconds into the second period, Pastrnak received a short pass from Nick Ritchie at the top of the right circle and ripped a lightning quick release short side under the crossbar.

Not only was the release as quick as it gets, but Pastrnak did so with his chest facing away from the net.

No. 88 was able to complete the hat trick late in the third period on a more common, patented Pastrnak one-timer on his off-side.

The reason Pastrnak scores as many goals as anyone in the NHL the last few seasons is because of the countless scenarios in which he does so.

An offensive outburst in the second period enabled some of the Bruins' secondary scorers to gain some much needed confidence.

After Pastrnak’s second goal of the game gave the Bruins a 3-2 lead, Charlie Coyle was able to add an insurance goal with a nice shot off the post and in for his third goal of the season.

Coyle has been struggling to score goals this year and it’s been apparent he’s been feeling pressure to do so. Hopefully Coyle can build off this tally because the Bruins will need him and others to consistently provide scoring as the year moves along.

Following the Coyle goal, it was Trent Frederic scoring his first career NHL goal that for all intents and purposes iced the game.

Frederic, who was known for his quick release in college and in the minors, fired a rolling puck from the top of the right circle for a scenic goal he will never forget.

Nick Ritchie capped the scoring in the middle frame, tipping a John Moore shot on the power play for his eight goal of the season.

It goes without saying how important depth scoring is, so hopefully scoring seven goals will help the Bruins continue to find balanced production.

3. Jeremy Lauzon added to the list of injured Bruins

Jeremy Lauzon has been one of the more impressive defensemen for the Bruins this season, playing alongside Charlie McAvoy, and now is the latest Bruin to leave a game due to injury.

Ondrej Kase, Matt Grzelcyk, Jakub Zboril, David Krejci and now Jeremy Lauzon are all unavailable for the Bruins as they return home from Lake Tahoe.

While Kevan Miller didn’t play against the Flyers, he was kept out for maintenance and load management.

Lauzon exited the game with an upper-body injury after playing just one shift in the first period.

While it’s unclear how the injury occurred or the severity of it, the other five defenseman in the lineup did well to step up in Lauzon’s absence.

The Bruins blue line is starting to become thin, but they do have the depth to weather the storm until players return on the back end. 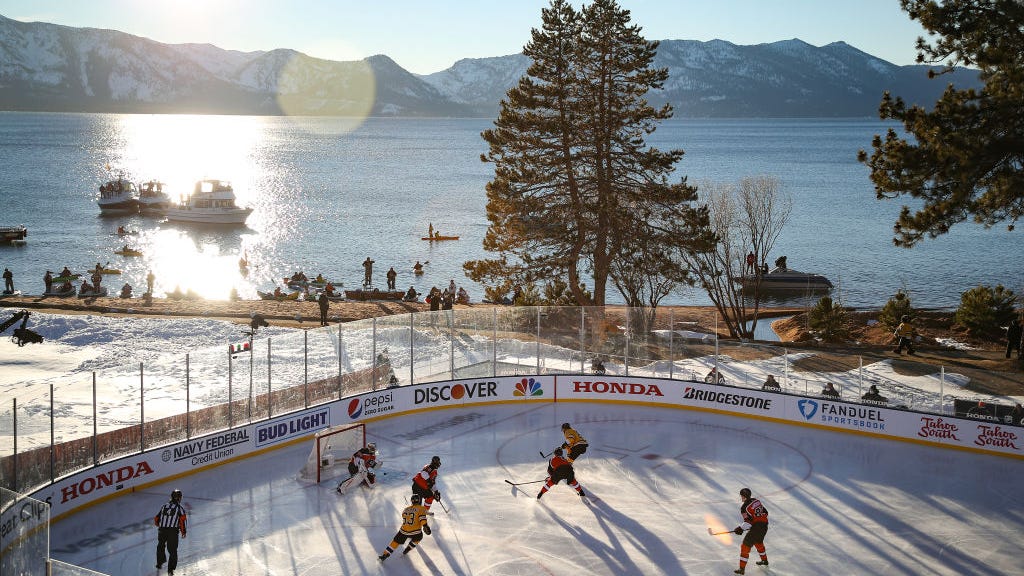