Chris Wagner wasn’t on the bench for the third period of the Bruins’ Game 4 loss to the Lightning, and then was promptly ruled out for Game 5 the following morning.

The reason why was a bit of a mystery, as it didn't appeared he had suffered any obvious injury during the game. That mystery deepened Wednesday when, while discussing the team’s various injuries, coach Bruce Cassidy said, “Wagner, that’s a different animal. I don’t want to speculate on his.”

Now we know what that “different animal” was. Talking to the media via Zoom on Friday, Wagner revealed that he was experiencing an irregular heartbeat and had to leave the arena (and the bubble) to go to the hospital.

“I kind of noticed it during the second period, Game 4, my heart rate was kind of pounding,” Wagner said. “I’m usually pretty good about recovering on the bench, so I kind of knew something was up. Played through the second with the racing heartbeat, then started getting some tests done in between the second and third.

Wagner said he’ll be undergoing more tests next week, but that it is currently not expected to be a long-term issue.

“At this moment we don’t think there’s going to be any long-term effects,” he said. “I’m gonna get some more tests done next week. But I guess it’s pretty common within athletes, and it could be a one-time thing as well. Probably the best heart problem to have, I guess, if you can say that.”

Wagner said his heartbeat returned to normal after about two hours and that he was in the hospital for about five hours total. He said it was scary initially and that obviously the primary concern was getting it back to normal. Then he said the reality began to sink in that he would be going into a mandatory four-day quarantine since he left the bubble and would automatically miss Game 5.

“I tried to play through it for like 10 minutes, and it didn’t feel right,” Wagner said. “Once they say you have to leave the bubble, at that point, when it comes to your heart you really have to be careful. That scared me a lot. It was kind of just find any way to get it back to normal. But then once it settles down, you realize you have to quarantine for four days, you’re like, ‘Man, this really stinks.’ But like I said, mainly out of my control. That was kind of the league’s mandate, if you left the bubble for that reason.”

Wagner said that if it weren’t for the quarantine, and if he had been medically cleared to play, he probably would have tried to play Game 5 even though he would’ve been a little nervous at first.

“I probably would’ve been a little nervous, but at the end of the day, the doctor said I was fine,” he said. “So yeah, an elimination game, I probably would’ve tried to give it a whirl. But like I said, the quarantine part is kind of out of my control. Just a tough situation overall.” 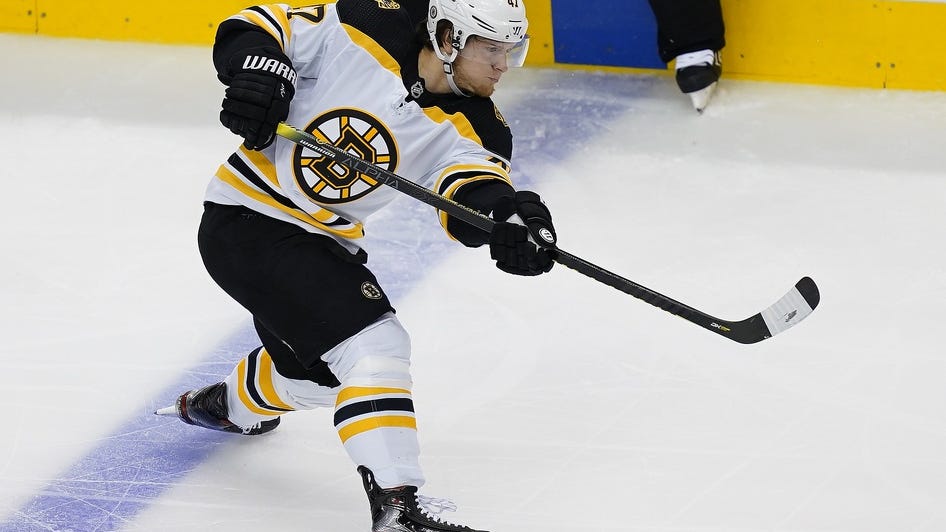 Torey Krug shares his free agency outlook, what will go into decision