Gather around, friends. Pull up a chair and help yourself to a nice big serving of crow. There’s plenty here for all of us.

Look, no one has ever accused Boston sports fans and media of being patient. It’s not in our nature. We overreact to just about everything, even if we know about the dangers of judging based on a small sample size.

But let’s have the self-awareness to admit when we may have been wrong to do so. And when it comes to Nick Ritchie, we overreacted. He deserved the patience that the Bruins gave him, but that many of us did not.

Ritchie really struggled in the playoffs. That wasn’t a figment of our imagination. He took several bad penalties and couldn't seem to do anything offensively.

But maybe making definitive declarations about a player after a stretch that saw him get traded to a new team, play seven games, then go on a four-month hiatus, and then play eight games, wasn’t entirely fair.

The fresh start that comes with a new season has clearly done wonders for Ritchie, as he has been a revelation and one of the Bruins’ best forwards.

In Thursday night’s thrilling 5-4 shootout win over the Flyers, Ritchie scored a key power-play goal with 6:38 left in the third that tied the game at 3-3. It came from him doing what he’s done best this season, and what the Bruins have desperately needed more players to do: Go to the net, battle, and put yourself in position to score.

In this case, he was able to set himself up just outside the crease and move into some open space, allowing Patrice Bergeron to poke the puck over to him for a one-time finish from right in front. Ritchie became the first Bruin with multiple goals this season, and this one was similar to his first, which also saw him separating from a defender in front and burying a pass from Brad Marchand.

That goal also came on the power play, where Ritchie has somewhat surprisingly established himself as a regular part of the top unit -- precisely because of his ability to be a net-front presence, dig out pucks, and finish when he gets a chance.

Ritchie has also shown an ability to do that at five-on-five, though. It hasn’t resulted in a goal yet, but he has come extremely close. On Saturday, he scored on a deflection in front, but the goal was waved off because Craig Smith had made incidental contact with the goaltender. On Thursday, he nearly scored a second goal just a few minutes after his first when he dug out a rebound and seemingly had Carter Hart beat, only for his shot to unluckily hit the butt end of Hart’s stick and stay out.

Ritchie is tied for second on the team in shots on goal with 13 this season. He entered Thursday fifth in Corsi-for percentage (60.3%) and first in expected goals-for percentage (72.1%). He’s only committed one penalty in four games.

This is what the Bruins hoped they were going to get when they traded for Ritchie: a big, physical player who can get inside defenses, get to the net, make some plays in close and score some goals. The 25-year-old has always had the potential -- he wasn’t the 10th overall pick in 2014 for no reason.

But we didn’t see it over the summer, so many of us wrote him off and wondered why he even had a spot in the lineup to start this season. It’s a good thing Bruce Cassidy and Co. had a little more patience, because Ritchie not only has a role on this team right now, but he has an important one. 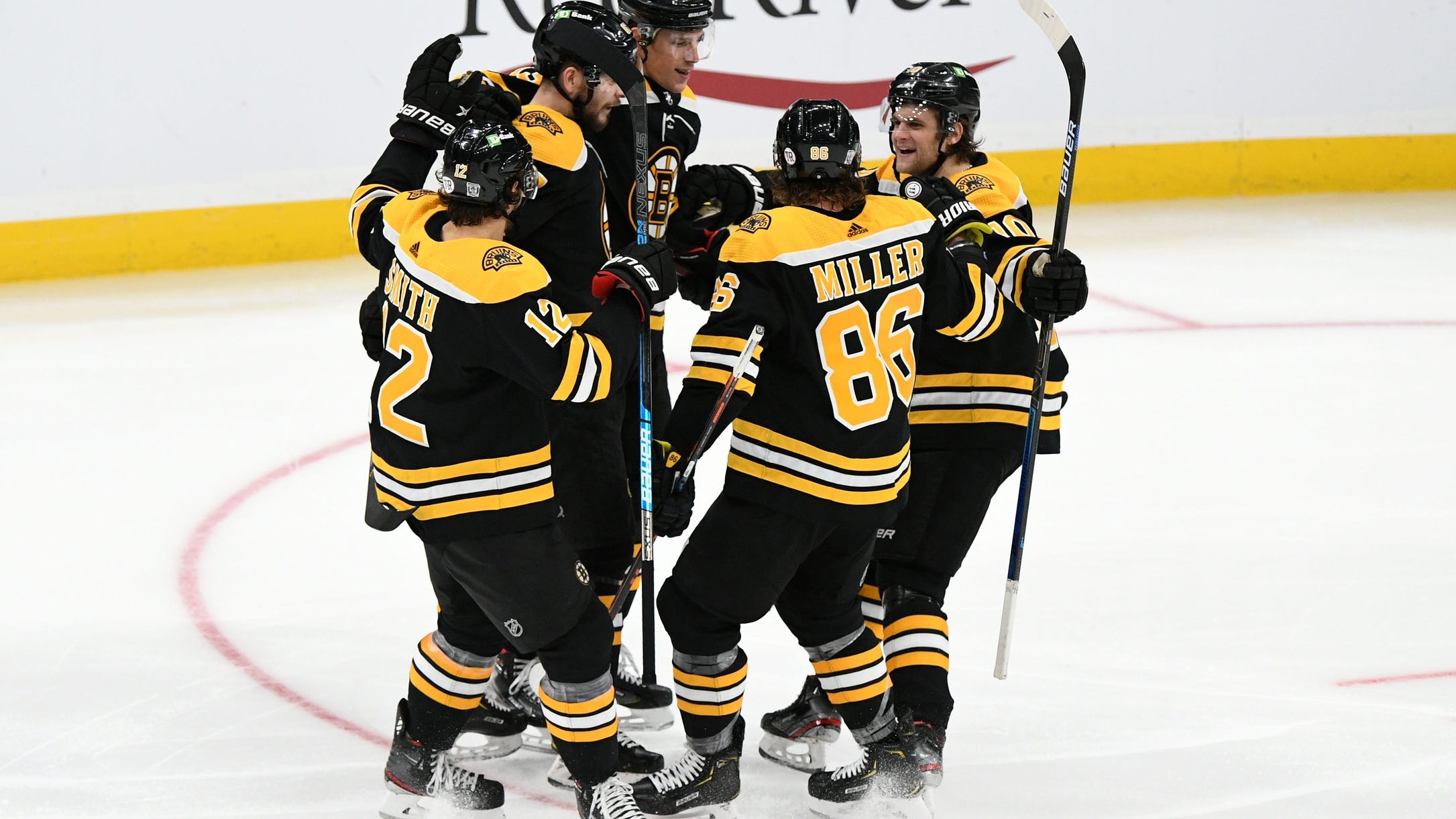