The Bruins had lots of issues in their five-game series loss to the Lightning, but one that was glaring -- and that has cropped up in the playoffs before -- was a lack of five-on-five offense.

The Bruins scored just one five-on-five goal in the final three games of the series, and that was David Krejci’s game-tying goal late in Game 5 that sent that game to overtime.

During the regular season, the Bruins ranked ninth in total offense with 3.24 goals per game, but just 16th in five-on-five scoring with 2.54 goals per 60 minutes.

In their end-of-season press conferences, coach Bruce Cassidy and general manager Don Sweeney have both identified two key areas where there’s room for improvement when it comes to five-on-five offense: more secondary scoring after the first line, and more offensive contributions from defensemen.

In a Zoom call with the media Wednesday morning, Sweeney was asked about three of those secondary forwards in particular -- Jake DeBrusk, Ondrej Kase and Anders Bjork -- and used it as an opportunity to address the offensive struggles as a whole.

“I think it arose that we didn’t score enough five-on-five goals during the course of the Lightning series,” Sweeney said. “That’s a concern. You can look at the breakdown of our team overall, where we fell short, five-on-five scoring was an area we needed a little more from the players you identified. Production on the back end was another area. We have to address it. Do we think we have internal growth in the three players you mentioned?

“Bjork was one of the players that probably had more primary scoring chances than several others five-on-five and failed to finish. At some point he’s either going to have to score or be even better as a stronger checking forward and a penalty-killing player. And that’s to be determined. Again, that’s his first playoff experience.

“You look back and you referenced David Pastrnak and the growth of that player way back when we played Ottawa (in the 2017 playoffs), I think we all had similar conversations about where David Pastrnak was as a player. I think you’ve seen his growth, and credit to David and the work that he’s done. Anders is going to have to continue to do that work and get better in all areas of his game.”

Sweeney also said the prolonged absences of Pastrnak and Kase through training camp factored into the offensive struggles. He also offered some balance after Cassidy said last week that their conditioning “wasn’t where it needed to be,” only to have Pastrnak a couple days later say he thought his conditioning was fine and that his struggles were more because of the injury he suffered.

“Ondrej Kase and David Pastrnak both, they missed 28 straight days of a practice environment,” Sweeney said. “That’s a difficult situation and Bruce referenced it a little, the conditioning. And David Pastrnak pushed back because he felt he had done work, and he’s right. He did work. So overall conditioning, fine. But game condition, practice condition, it’s far different from your overall condition. And missing 28 straight days, anybody is going to be behind the eight ball.

“I think you saw it show up with Kase’s situation later on. He jumped in, didn’t have any of the round robin games, and actually played pretty really well against Carolina. Didn’t finish. Had the shot opportunities to score and in years past he has provided offensive scoring in those situations. So, we’re hopeful that he will find that in those situations. And again, 28 straight days, not an excuse, just a variable that we had to deal with, he had to deal with, and did not fare as well against the Lightning. Did look fatigued in that situation and I think I it caught up to him. Hopefully with the time now between when we get to play again, he’ll apply what he needs to.”

Sweeney said he also expects young players to push for spots in the lineup. Certainly Jack Studnicka will be expected to win a regular lineup spot and contribute offensively next season after already earning some postseason playing time this year, but Sweeney also named Trent Frederic and Zach Senyshyn, who may be more suited to more of a checking role for the time being as they continue to work on developing their offensive games.

“As far as the players throughout and up and down the lineup and roster and organization, we certainly expect players to continue to push our group,” Sweeney said. “Trent Frederic, Zach Senyshyn, Jack Studnicka, several other young players that we feel are going to be part of the future of the organization. But they have to come earn their spot. I should say, we’ve been very consistent with providing opportunity but not providing guarantee of a roster spot. You have to come and earn that.”

While the Bruins obviously hope they already have the answers in their organization, they will of course have to consider the possibility of looking outside the team for help in free agency or trades as well. Sweeney said that process is ongoing and that some of that will be determined by what they ultimately do with their own free agents and what they end up having in terms of cap space when free agency begins, but acknowledged that the Bruins are “looking to make some changes.”

“I think that will depend on if we make any roster moves prior to (free agency),” Sweeney said. “There are a lot of teams that are up against the cap in a flat cap environment. We actually have the space to do the things that are necessary to do internally. Whether or not we do those or execute those, that still remains to be seen. We’re going to explore ways to improve our club between now and that date you referenced and see what transpires.

“We’re looking to make some changes in our group. I feel very good about overall organization where we are and how competitive we are. But, we have to -- I’m not doing my job if I’m not looking to improve our hockey club on a daily basis without being dissatisfied. I know our group needs to be pushed and have hopefully some internal growth with some players that are coming up on waivers, and they have to have an opportunity to make our hockey club. Otherwise, we make hard decisions. I do believe the free agency period will be dictated by whether we make any transactions prior to that, or in and around the draft.”

Last week, Cassidy also brought up the possibility of tweaking the Bruins’ system to get defensemen more involved offensively, but acknowledged that doing so may mean sacrificing some of the Bruins’ usually stellar defensive play, an area that saw the Bruins rank first in the NHL in goals against this season.

“Those are the things we’re going to discuss,” Cassidy said. “It cost us I think in this playoffs series. It’s out there. We need to be better at it. Does that mean we change the personnel on the blue line to better do that? If we do, does it mean we lose something in our own end? Because some of the times when you do that, your group is smaller. So, those are all questions we have to look at. Do we want to sacrifice defense to gain a little more offense, and how much? And I think that is where we’re at right now with how we can be better five-on-five.”

Of course, the Bruins’ best offensive defenseman, Torey Krug, is about to be an unrestricted free agent, though it’s worth noting that 28 of his 49 points came on the power play this season. Still, if the Bruins can’t keep him, they’re going to need someone or multiple someones to step up and fill that offensive defenseman void, or they’ll need to look at signing or trading for a replacement if they don’t think their internal options are capable.

Krug said last week that he was still hopeful about the possibility of sticking with the Bruins, but said that contract talks were “very, very few and far between” during the season and that he was “very opposed” to some sort of short-term, lower-money bridge deal.

Sweeney on Wednesday described Krug as “important to our organization” but said he isn’t going to comment on any individual contract negotiations.

“Well, we haven't found a landing spot,” he said. “Listen, I respect Torey coming in as a rookie free agent and making our hockey club. I only hope that we made the moves to accommodate what he and his family and agent feel he has earned. I would be the last person to begrudge any player trying to make the best decision for them and their family, and in a perfect world it's with us, but we know that the world is anything but perfect right about now.

“So again, I don't have an update on any individual contract level. Torey’s personal voice, he’s entitled to say whatever the hell he feels he wants to say. You guys know me well enough that I'm not going to comment publicly on any different contract negotiations other than hoping to find a landing spot when I have good players and people that I feel are important to our organization and Torey is such.” 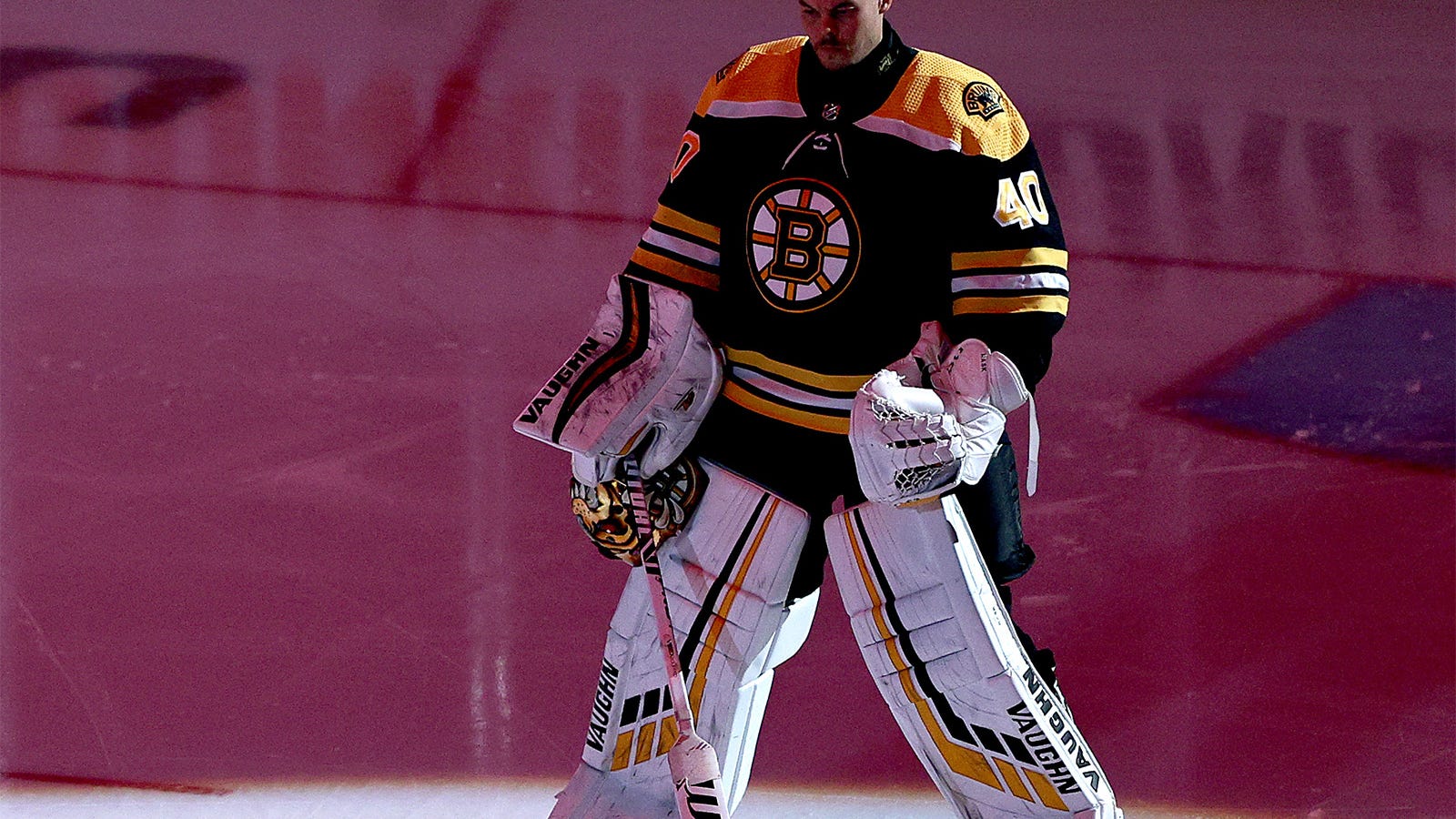