Ranker.com is by no means an official source for sports information. But it does show what the popular consensus thinks, and one list compiled from over 11,000 votes breaks down who the biggest floppers in the NBA were prior to the 2020 season.

Now-Nets guard James Harden ranks at No. 1. Boston Celtics guard Marcus Smart ranks right behind him at No. 2. So, perhaps when accusing other people of flopping, Smart should be prepared for any potential backlash. Barry Bonds probably wouldn't have pointed fingers at fellow NL sluggers for using steroids. And though that example is fairly extreme, I can understand why someone would be frustrated after Smart's accusations. Remember this?

Smart's target in this instance was Philadelphia 76ers big man Joel Embiid, who erupted for 42 points, 17 of which came from the free throw line in 21 attempts. Like many other big men tasked with guarding the star center, the Celtics' trio of Daniel Theis, Tristan Thompson and Grant Williams often had to resort to physicality in their attempts to defend Embiid. That strategy left all three of them with five fouls apiece.

But Smart didn't view all of those as legitimate fouls. Not only did Smart say that Embiid's flailing resulted in undeserved calls, but he also suggested that the Celtics didn't get the calls they earned on the other end of the floor.

"It's tough," Smart said (via Tim Bontemps of ESPN). "It is tough. Especially when we've got our hands up a lot of the times, and he flails and gets the call, and then down on the other end we've got our guys attacking the rim, getting a lot of contact, and we're just not getting the whistle. It's tough to play like that. It's tough.

"If the roles were reversed, I'd do it every time. I mean, I'd be on too if every time I threw my arms up or every time I got touched, I'm going to the free throw line. I mean, it's kind of hard not to get into a rhythm that way when you shoot 21 free throws alone and they allow you to hack on the other end."

To be fair, there were some questionable moments that came out of Wednesday night's contest. Though it does look like the arm of Daniel Theis pulls Embiid off balance in the below clip, the extra acting was not-so-subtle. That goes for Theis, too.

Embiid fired back upon hearing Smart's comments following the game.

"Marcus Smart just told me that I flail a lot?" Embiid said. "Come on. I'm sure he knows himself, and he knows his game, too, he does a lot of that. And I don't think I do. I mean, if you watch basketball and if you're a student of the game and if you actually pay attention during the game, we all see. Every single foul, I get fouled. They probably don't call all of them, like the last one."

The "last one" that he's referring to occurred with Theis covering him with under three minutes, once again, and resulted in a furious Doc Rivers screaming from the sideline. Even announcers Mike Breen and Doris Burke, who applauded the referees' no-call at first, said that they did indeed see a foul after taking a second look. Celtics writer Jared Weiss even took Embiid's side as he observed the game.

Embiid's quite simply a beast. https://t.co/OMyMprs0Bv

Embiid continued, adding that it's a physical game and that he takes advantage of his intelligence on the floor.

At this point in the season, Embiid is shooting a career-high 83.9 percent from the line with nearly ten attempts per game. He currently ranks behind only Trae Young — who has gotten his fair share of criticism — and Giannis Antetokounmpo in free throw attempts on the year. 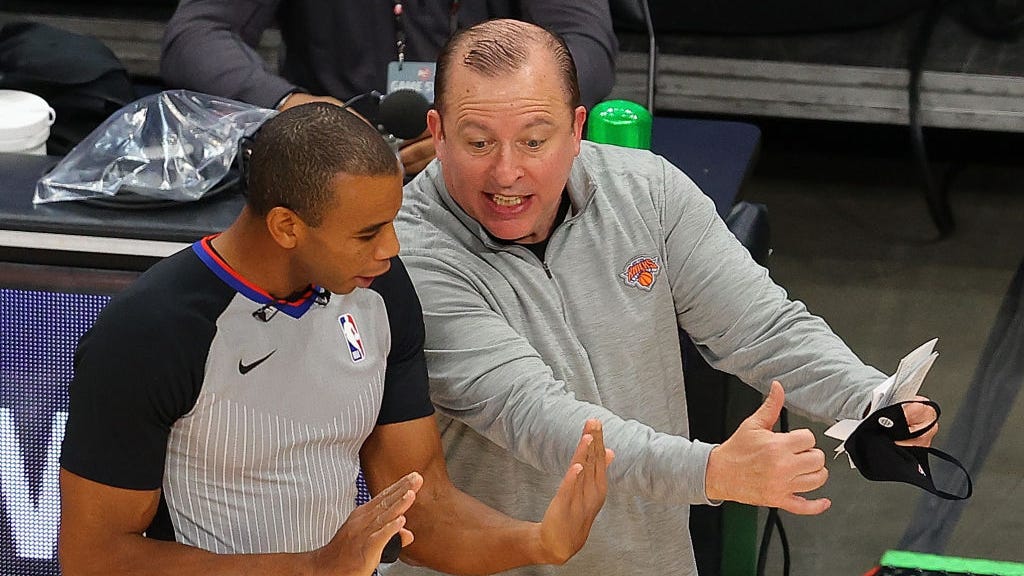 The 76ers-Celtics rivalry is one that keeps on giving back, and the two teams are set to play again on Friday night, a matchup in which both Seth Curry and Jayson Tatum could make their returns to the hardwood for their respective teams.