With just a couple of weeks before the Celtics' first preseason game (believe it not) there is still time to shake up the roster a bit.

A trade proposal surfaced by NBAAnalysis.net got us thinking.

Celtics get: Guard Mike Conley.
Jazz get: Guard Kemba Walker, a 2021 first-round pick and the 2022 second-round pick that belonged to Oklahoma City.

But we're going to adjust it just a bit, allowing the Celtics to also get local product George Niang (Methuen/Tilton School).

The original proposal makes sense for these reasons:

- The 33-year-old Conley is an expiring contract while also still serving enough of a purpose in 2020-21 and would seem to be a good fit for what this Celtics team needs.

- We don't know where Walker's knees will take him, but the prospects of pairing the guard with Donovan Mitchell for the next few years. (He is locked up for three more seasons.)

- The first-round pick shouldn't be a deal-breaker for the Celtics. They are already loaded with those late-first-round types.

- Niang, a second-round pick in 2016, saw action in 66 games last season, averaging 14 minute per contest. He is a shooter, representing a legitimate 3-point threat. 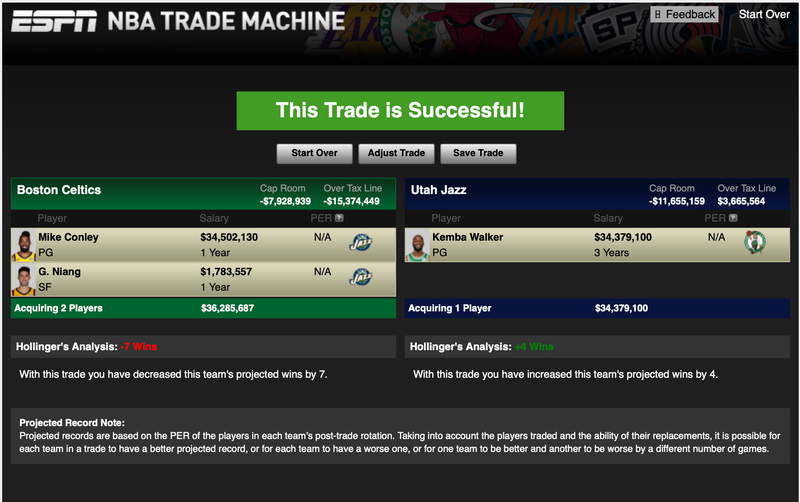