After all was said and done, most would look back at Danny Ainge's 2019 Draft and say it was ... OK.

Romeo Langford (picked one spot in back of Tyler Herro) showed flashes, while guards Carsen Edwards and Tremont Waters offered some optimism with their play in Maine. And Grant Williams certainly proved to be a useful piece of the puzzle during key moments in the postseason.

But it might be wise for the Celtics' chief decision-maker to use these assets to help his team take its next step. So, how about this ...

Langford, Williams and Edwards along with the No. 14 and No. 26 picks in this year's Draft to the Hawks for John Collins and Kevin Huerter.

In other words, let the Celtics worry about all that max contract talk.

As for Huerter, he represents the kind of cheap, young shooter that would go along way for this Celtics team. 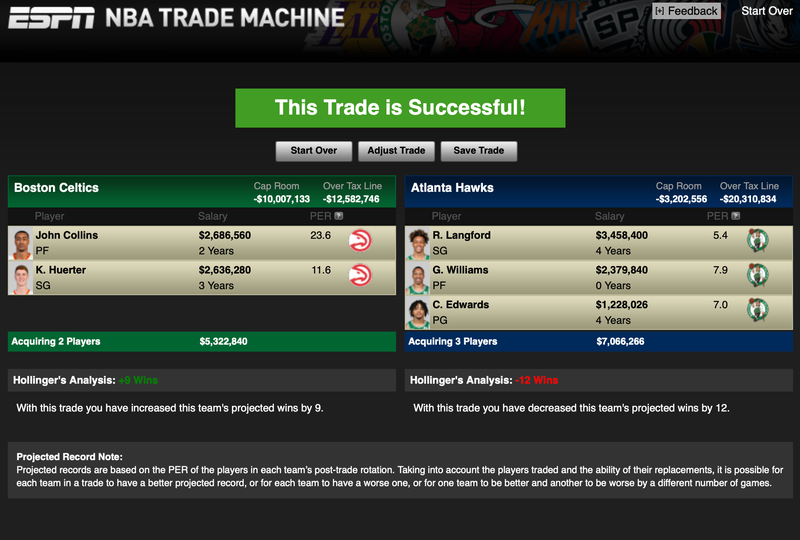