By Will Burchfield 97.1 The Ticket

What began with hope ended with more of the same.

The Lions have fired head coach Matt Patricia and general manager Bob Quinn midway through their third season together, the team announced Saturday afternoon. Both came from the Patriots organization.

The Detroit Lions announced today that Bob Quinn and Matt Patricia have been relieved of their duties. pic.twitter.com/Tz5Rc7y53Y

Detroit fell to 4-7 this year after an embarrassing loss to the Texans on Thanksgiving, dropping its record to 13-29-1 since Quinn hired Patricia to take over for Jim Caldwell in 2018. 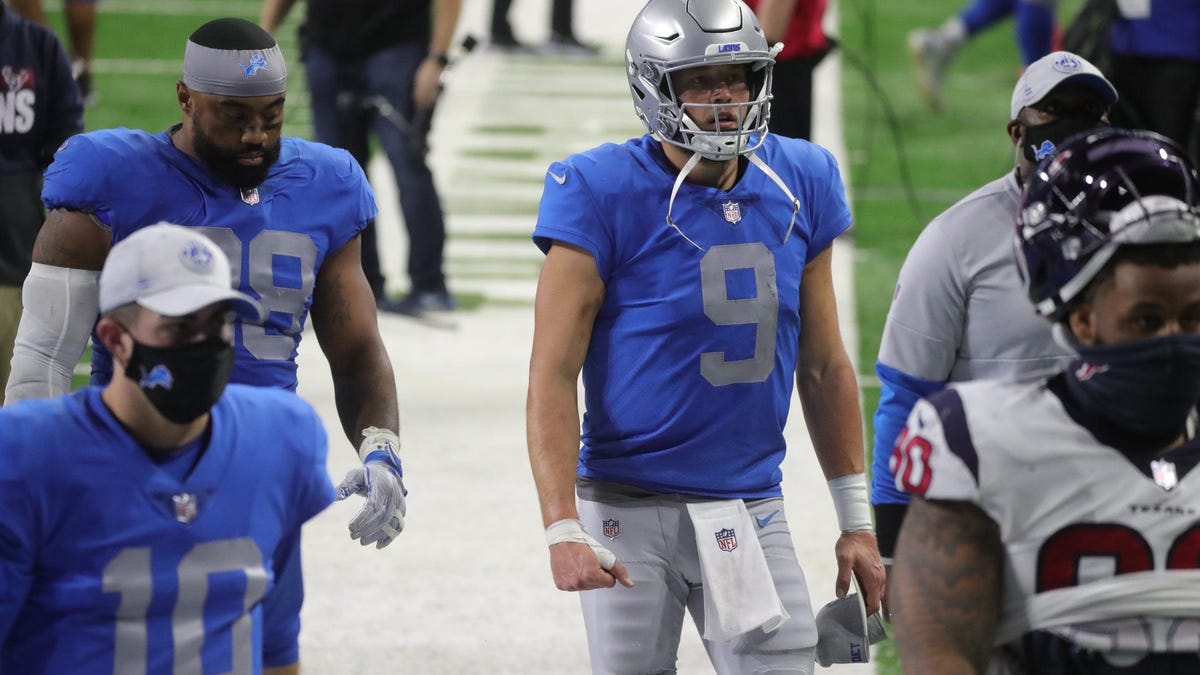 That might have been Stafford's last Thanksgiving in Detroit

At the time, Quinn said Patricia was the man to help the Lions beat the teams that Caldwell couldn't. The head coach to take them to the next level.

Instead, Quinn and Patricia took the Lions back to where they've always been, trying and failing to build a winner.