La Canfora quotes one NFL executive whose team has already faced the Patriots as saying, ""It's the worst group of skill players in the NFL, and you should probably put skill players in quotes. That has to be the slowest offense in the league."

The report of the Patriots' Trade Deadline intent doesn't come as much of a surprise. But within the article La Canfora drops a potential target that just started gaining steam this week: Minnesota wideout Adam Thielen.

Writes La Canfora: "Bill Belichick is very aware of the team's roster flaws on offense and has been one of the more aggressive figures in the trade market for years. The Vikings' Adam Thielen may be one option, Will Fuller of the Texans is a pure burner the likes of which the Patriots sorely lack, and Jets receiver Breshad Perriman has elite speed at a much lower price point (Jets tight end Chris Herndon is drawing interest from multiple teams as well, several executives said)."

Of that group Thielen is the one who stands out, having reeled in 32 catches for 415 yards for the 1-5 Vikings. The 30-year-old also leads the NFL with seven touchdowns.

Here is Thielen's contractural situation according to Spotrac: 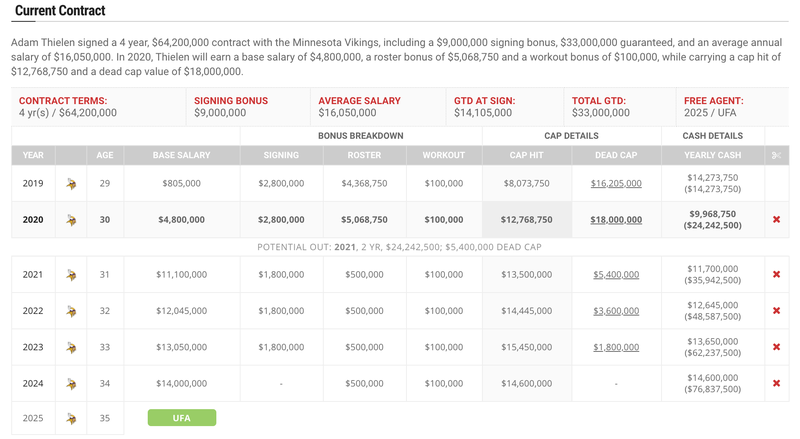