While there is speculation that Deshaun Watson, Aaron Rodgers, Carson Wentz and Sam Darnold could be among those available on the trade market this offseason, potential suitors don't need to wonder if Matthew Stafford could be had.

As the Detroit Lions appear headed for a rebuild, Tom Pelissero of NFL Network was among those to report over the weekend that the franchise plans to honor the request of Stafford to move on this offseason.

In 12 seasons with the Lions, Stafford has put up Hall of Fame-caliber production, racking up over 45,000 passing yards and 282 touchdowns.

The one blemish on Stafford's legacy is that he has a career record of 74-90-1, and the Lions have been to the postseason just three times during his time with the team. Ultimately, when you're drafted by a team that went 0-16 the year prior to your arrival and has been one of the most historically inept franchises in sports, perhaps you can only do so much.

Ironically, Stafford will celebrate his 33rd birthday on Feb. 7, the same day that the Kansas City Chiefs and Tampa Bay Buccaneers will play in Super Bowl LV. As we look forward to the second chapter of Stafford's career, here are five potential suitors that could help him to eventually play on the sport's highest stage: 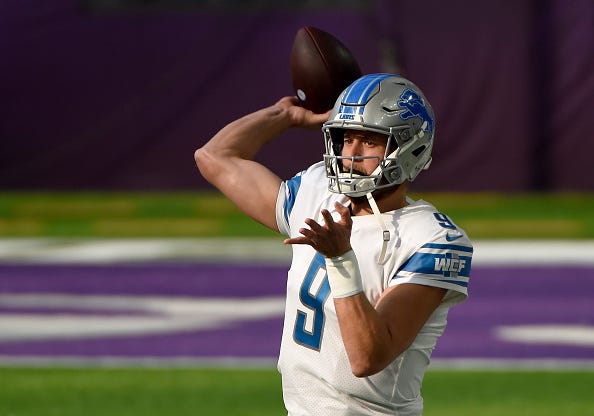 A year removed from playing in the Super Bowl, the 49ers feel likely to move on from Jimmy Garoppolo, who has played in just 25 of 48 regular season games over the past three seasons. With Stafford in the fold and Nick Bosa among those set to return after an injury-riddled 2020 season, Kyle Shanahan's team could easily be among the NFC's elite teams a year from now. The 49ers may be hesitant to part with the No. 12 pick in the 2021 NFL Draft for Stafford, but as the Lions look to obtain a first-round pick in return, it stands to reason that San Francisco may be willing to part ways with next year's top draft selection, thinking it will be a relatively low pick. It's hard to know if Detroit would have any interest in acquiring Garoppolo as part of a deal. 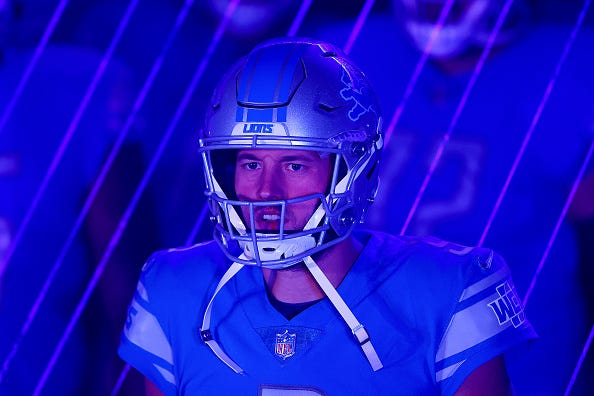 Philip Rivers proved to be good bridge option, but the team had a ceiling with him at the helm, especially when you consider they play in the same conference as Patrick Mahomes and Josh Allen. Justin Herbert and Trevor Lawrence will probably also have something to say about the AFC playoff picture moving forward, so the Colts need an elite quarterback of their own. Over The Cap estimates that the Colts have $64 million to play with this offseason, so they could easily afford to take on Stafford's salary. If the Colts are willing to trade the No. 21 pick in the 2021 NFL Draft, that may be a pretty appealing return for a Lions team with holes at virtually every part of their roster. 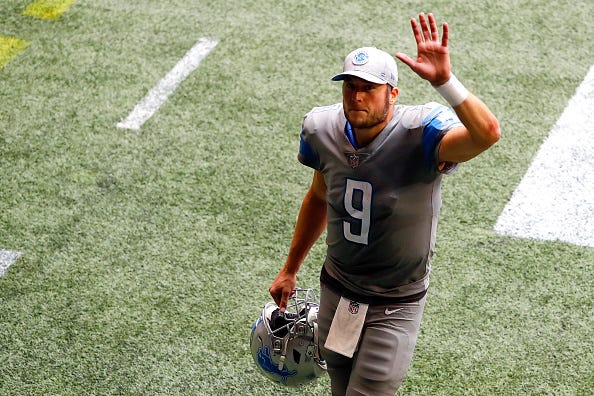 For as underwhelming as the offensive weapons in New England are, Stafford may be comfortable with the idea of joining the Patriots and hoping that the team uses some of their remaining cap space to add offensive talent. (Two of his Lions teammates, Kenny Golladay and Marvin Jones Jr., are set to become free agents this offseason.) It feels unlikely that a Patriots team with quite a few holes would be willing to trade the No. 15 pick in the 2021 NFL Draft for Stafford, but Bill Belichick is 68, so perhaps we shouldn't underestimate the lengths he would go to in an attempt to secure a quarterback that could help him chase a seventh Super Bowl title. 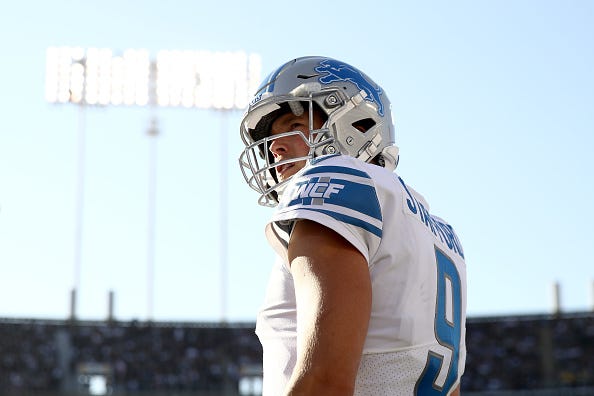 If Stafford joined The Washington Football Team, not only would they enter 2021 as the favorites to win the NFC East, but they'd be an interesting dark-horse contender in the NFC as a whole. Led by Chase Young, Washington has a defense ready to make a deep playoff run. They aren't a finished product at some of their offensive skill positions, though with Terry McLaurin, Antonio Gibson, J.D. McKissic and Logan Thomas, the cupboard is far from bare. The fear of Dan Snyder eventually changing course and moving on from Ron Rivera may scare Stafford, but with Rivera as the team's head coach, there's quite a bit to like about The Washington Football Team as a landing spot. Washington owns the No. 19 pick in the first round of this year's draft, for what it's worth. 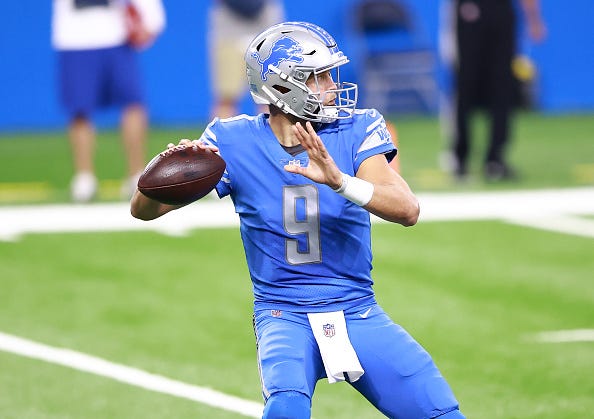 Drew Lock finished for a tie in the league lead with 15 interceptions this past season. The Broncos could run things back with Lock for another season, though they have a new general manager in place in George Patton along with a head coach in Vic Fangio on the hot seat. In a division that includes Patrick Mahomes, Justin Herbert and Derek Carr, the Broncos need certainty at the quarterback position. Stafford would bring that, and he'd likely be eager to join a team where he would get the chance to throw to Jerry Jeudy, Courtland Sutton, Tim Patrick, KJ Hamler and Noah Fant.